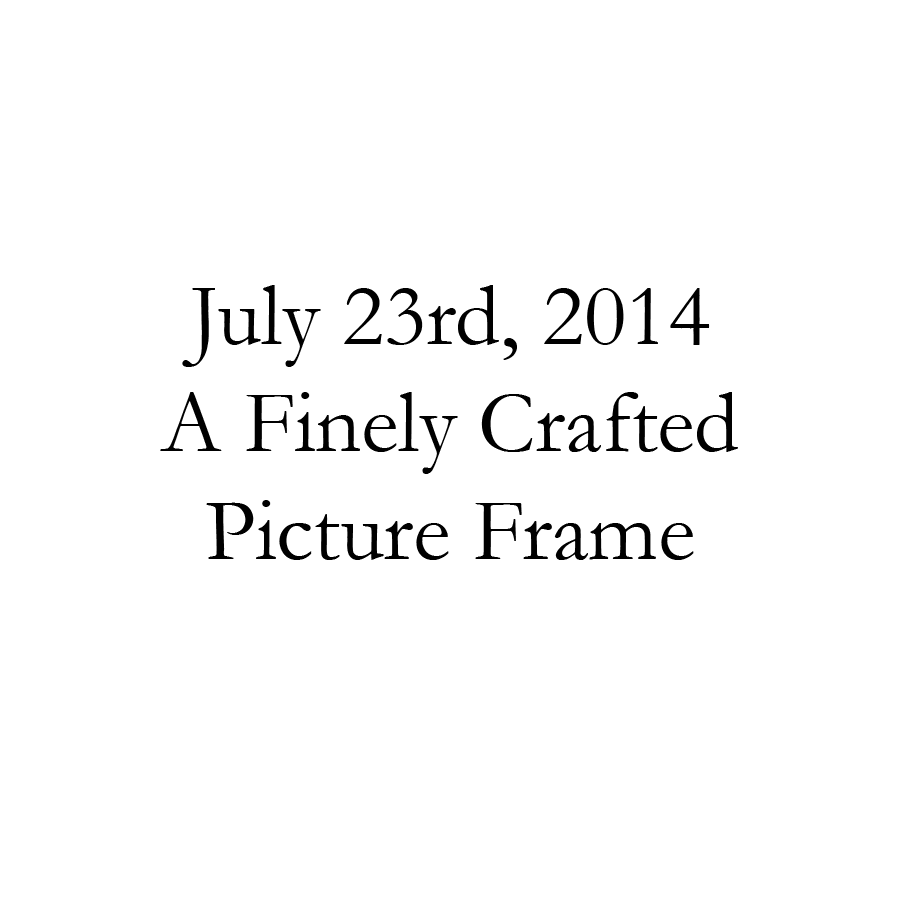 The knock on the door came like the low roll of thunder after a flash of lightning in the sky. The rain hadn’t started yet – that was next. At the time, I would’ve called it the calm before the storm. But it wasn’t anywhere close to that – the storm hadn’t even started brewing yet.

“Did your husband say anything or do anything out of the ordinary the week before he disappeared?”

He was a sharp investigator – Thin, but muscled, with intense eyes, searing into everything he studied. He studied me. Finally, I answered, shifting my focus to his associates, then back to him.

“No. Everything was normal. Normal hours at work, normal. I mean, usually.”

“That carpentry shop down by River’s Crossing is his?” He asked, firing his gaze at me.

The investigator stood and walked toward the window, looking into the thick forest behind the house that traced down to the river. Autumn had just begun to turn the leaves orange, like fire, rising from the tips of the branches. A cool, desperate breeze blew from the river and filled the hills. He locked his eyes on the scene, and let them stay there.

“When did you say the last time you saw him was?”

“Two nights ago. He left that morning for the shop, and said he’d be back by 7, like he always did.”

I’d already answered more questions that I’d ever thought I could: What he ate for breakfast, what he was wearing, how long he’d been a carpenter, when I realized he might have gone missing. But they wanted more answers, so they came over again, prodding, poking, asking, prying.

The sharp investigator stood and looked at me.

“I’m sorry to say this, but your husband was not a carpenter.”

Silence filled the room. I waited for him to elaborate, but he didn’t. He just studied me, with those fierce, driven eyes.

“Your husband wasn’t a carpenter. He may have crafted some things, but he wasn’t-“

“I don’t understand, what the hell does that mean, he wasn’t a carpenter?”

“All of the things in his shop and the things that he sold weren’t made by him. There’s a shop 30 miles East of here that sells them, we traced them back to your husband from there. The owner said that your husband was a regular customer.”

“The tools in your husband’s shop are hardly used.”

“Well, he brought home fucking cash every week, so where did he get that from? Because it sure as hell wasn’t from reselling furniture.”

Silence fell over the room again, and I slowly realized that was what they wanted to know, too.

The storm in my mind gently erupted, trickling into a gushing fury, and quickly, a full storm.

They were about to get serious – He’d used my last name and called me Mrs.

“Do you mind if I ask you some personal questions?”

I looked at him, fearfully, and nodded.

He nodded to his associates, and they left the room.

“Was there anything going on between you too? Any trouble in your relationship?”

I shut my eyes.

The storm had begun to pour; the water began to rise into the floorboards of my head and the clouds were black, like thick, dark bruises in the sky of my thoughts.

“Was he ever violent? Or rough with you or the children?”

That wasn’t true, and as I said the words, the thunder and lightning in my head shattered and cracked.

He wasn’t abusive. But he was never gentle. He wasn’t a gentle man. But he was a loving man – I held onto him for that. My parents didn’t believe me, but they didn’t seem him when he was quiet, in the silence of the morning before he went to work, or a late Sunday afternoon after I’d make him and the kids dress up to go to church.

He loved me. But he wasn’t a gentle man. Something kept that part of him elusive from me. Maybe it was how he was raised: A rural craftsman, building with his hands and his brute strength, and never his words.

“Is there anything else you want to tell me?”

I opened my eyes. The investigator stood several steps closer to me, focused and intense.

“Is there anything else that you want to tell me?” I asked him, my words slow and plodding.

The investigator tore his gaze away and walked toward the door.

“We’re going to try to find your husband, ma’am. But we’re still trying to figure things out.” He paused, “Let us know if you find anything else, please.”

He handed me his card, and they left.

I threw the card away, and went up to my room. I grabbed the picture, the one of us together at Lake Juntassi, black and white and faded, framed by a handcrafted cherry frame that he’d fashioned after our third anniversary.

I got into the truck, and drove thirty miles East, across the damn river and into the foothills, winding through the thick, fire-orange tinged trees. My mind was flooded, and my thoughts were drowning, trying to stay afloat in the merciless barrage. I drove, mindlessly, to Sevierville, the fucking small town, thirty miles East. I found the carpentry shop that the investigator had talked about, perched on the edge of Main Street, close to the edge of the forest. I went inside.

A fat, bearded, old man looked up at me curiously, surprised to see a housewife in a dusty, dirty woodworking shop.

“Can I help you?” He muffled through his beard.

I pulled out the frame. My husband’s frame.

“Did you make this?”

The old man turned it over in his scarred hands and squinted his eyes.

“No.” He said finally. “But whoever did is a master craftsman. Not easy work. There’s some fine detail in that.”

He handed it back to me.

The sun slid down the sky as I drove back, thirty miles, across the river, through the cold, desperate breeze and the fire-orange branches. I had no idea where my husband was, and why he had disappeared, but somehow, I knew he was going to be back.