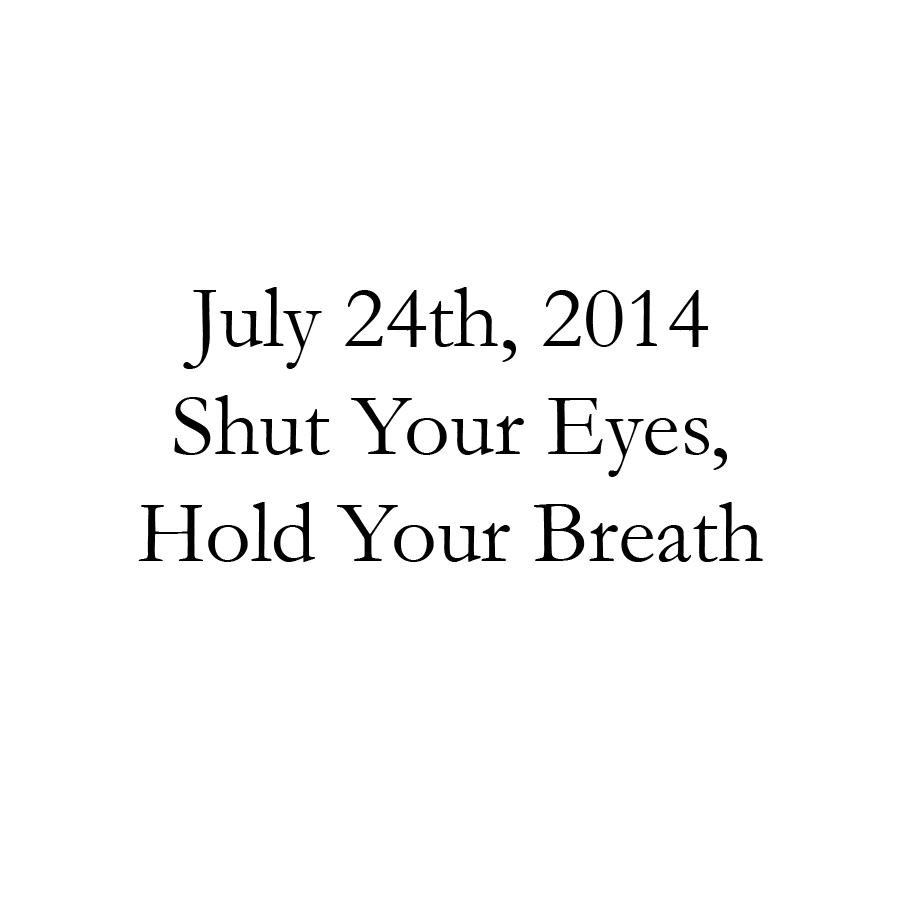 He shut his eyes.

Slowly, Dane felt the sound of the ocean waves draw him in, like a fish on the end of a hook, brought closer and closer to the surface. His eyes snapped open, and he looked around. The wind carried the small sailboat swiftly, almost violently, away from the shore. He looked at Micah, tanned and weathered by the sun.

“This is incredible!” Micah yelled, over the surf and the strong wind. The sails drew tight under the pull of the air.

“Yeah.” He tried to smile, but the dark patches of cloud in the sky kept him from enjoying the moment. He took a deep breath, and even though he tasted the salty air and felt the heat as he exhaled, the tension in his lungs burned as though he was still holding his breath.

He held to the ropes and let the wind sway the boat. He watched, silently, as Micah opened the sail wider and tightened it against the wind. The waves swelled and grew larger, but Micah just laughed. A large wave rolled toward them, and lifted them high, then lowered them back, tensing the boat with the pressure.

“Micah,” he yelled over the crashing water. “Micah!”

Micah ignored him, pulling the ropes and guiding the boat further into the violent gusts.

“Micah! I think we should go back.”

Micah turned and pouted, jokingly, like a little kid caught past his bedtime. He leapt to the other side of the boat, aggressively.

“No. Hell, no. Just enjoy where we are, man. That’s your problem. You can’t enjoy where you are. As soon as you get back to the city, you’re gonna wish you were out here, trust me.”

He slid back to the other side of the boat and continued crafting the sails. Dane watched as Micah embraced the ocean spray, gleefully. He glanced up at the darkening sky.

Micah shot an angry glare toward him.

The sky suddenly erupted into lightning. The waves swelled, not as high as before, but violent, battling against one another. The boat lifted in the swell, and Micah yapped in joy.

As the boat slid down with the wave, a conflicting wave collided, overtaking them. The boat folded and the sail tore – a solid, raw tear down the center of it.

He surfaced, coughed, and scanned the waves for Micah. The boat twisted and pulsated in shambles with the conflicting currents.

He swam forward, reaching through the twisted mess of ropes and canvas, where Micah had suspended himself just moments before. He reached underneath, and pulled Micah’s thrashing body from the ropes. Micah gasped, frenetically.

Another wave crashed onto them, swinging the mast toward them. He ducked, pulling Micah away, but the mast collided with Micah’s skull, announcing it’s impact with a loud crack that could be heard above the storm. He felt Micah’s grip fall limp and leave his hand.

He heaved a massive gulp of wet air and dove under, thrashing and fighting against the warping current. He waved his arms, reaching for Micah’s unconscious body. His lungs burned, but he didn’t surface.

He swam deeper, reaching, flailing his arms for something.

He extended his fingers.

Then let himself rise to the dark surface.

He opened his eyes.

The smell of salt water faded and turned to the smell of concrete, asphalt, and engine oil.

Three months had passed since the storm. Three months since Micah. He hadn’t even visited the ocean since.

He took in the city around him – The park, the cars, the bench that he sat on and the pedestrians walking by with their dogs. Each car that drove by sounded just like a wave, as if it were an audio trick that God and Henry Ford had conspired to produce. The city was breathing, living.

Slowly, steadily, he exhaled, and for the first time in three months, he felt as though he wasn’t holding his breath.