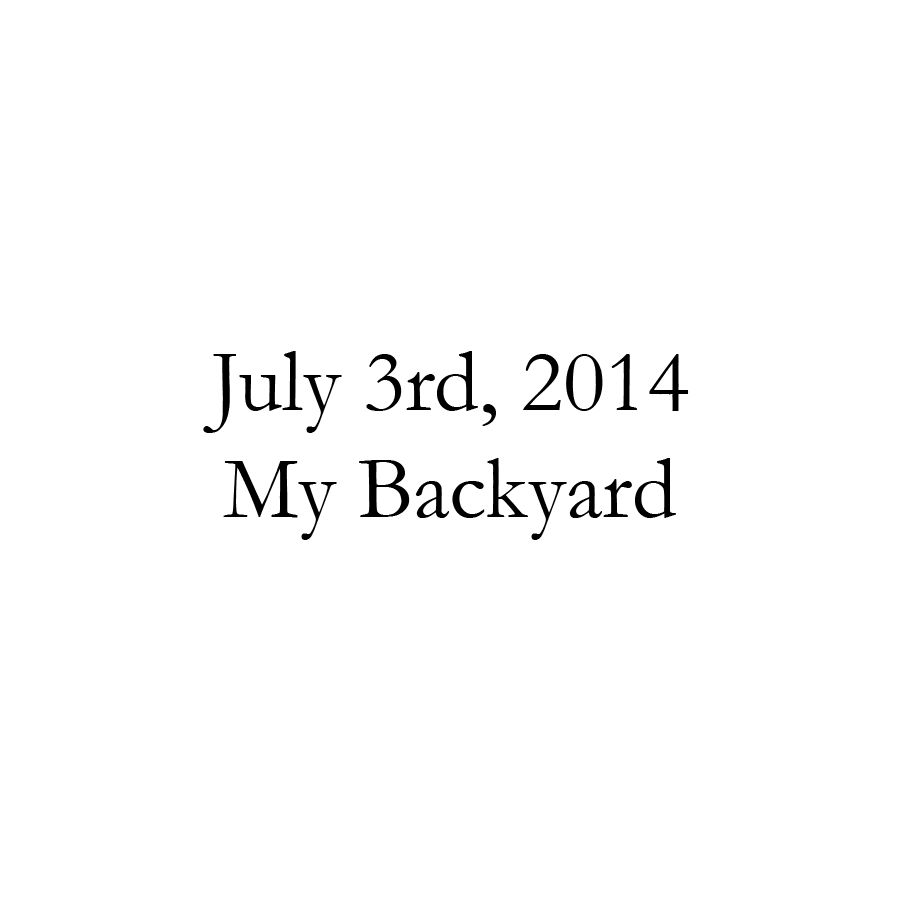 I thought long and hard about whether I wanted my kids to grow up with their own backyard, or whether I felt it was okay if I made them share one, or how they might feel if any time they wanted to throw a football they had to go a mile up the road to Prospect Park or Forest Park.

I grew up with a large backyard, every place that my parents moved. They knew how important it was for a kid to have sunshine and green grass to run in. But as I grew up, escaped high school, and conquered college, I started to spend less time with grass underneath my feet and more time with concrete underneath my shoes. By the time I got married and had children of my own, I wasn’t even able to offer them a backyard. The best I could do was a potted plant on a windowsill in an apartment on the 3rd floor, overlooking 5th avenue in Brooklyn.

My wife said it was a selfish thing, living in the city. I wanted to prove her wrong, but every time I tried, I failed. I had terrifying daydreams about what my children would think if they ever had a backyard to themselves: I imagined them with gaping mouths, in awe of so much open space; or trying to explain to them that our new backyard wasn’t a public landmark – That it didn’t have a name like Prospect or Forest or Tanglewood.

I tried to imagine what I might’ve turned out like if I never had a backyard to run through, or a creek to wade through, or a small patch of woods that I played in. My childhood could’ve been set against cracked concrete sidewalks; or mottled, uneven brick walls and dimly lit subway cars.

I finally gave in. For my wife’s birthday, I asked her if she wanted to move out of the city. She said yes, and that started our daily search for a home that could offer our children a place to grow up, other than a room the size of a closet.

She asked me about my job, and where I would work if we moved away from the city. I told her that I’d find something. She asked me what changed my mind. I didn’t know how to answer that. I wasn’t sure if it was for me, or for them.

We spent every weekend that we could outside of the city, looking for a home. I took a day off of work and drove down to Pennsylvania for an interview, only to be met with an email, telling me: “Thank you for interviewing with us, but we unfortunately cannot move forward with your application at this time.”

We found a house that we liked, thirty minutes outside of Philadelphia, on a cul-de-sac with a big backyard. We took the kids down there on a three-day weekend, and let them run around in the grass. All of my fears of them not knowing what to do with their own place to play faded. I took my wife’s hand and watched as our children played tag and hide-and-seek, climbing trees and crawling under bushes.

We made an offer on the house, but it sold to someone else. A week later, we found another house, but it was taken off the market before we could make an offer. Before we knew it, the school semester started again, and my wife was too busy to try to move.

On the last day of summer, I walked my children down the street, to Prospect Park, and pretended, just for a little while, that all the other people were in my backyard. All of the joggers, and the couples lying on picnic blankets, and the kids playing tag, and the old man walking his dog – they were all in my backyard. It was mine; I knew it, because if it wasn’t mine, then I might never have a backyard again.

It would’ve been for me.