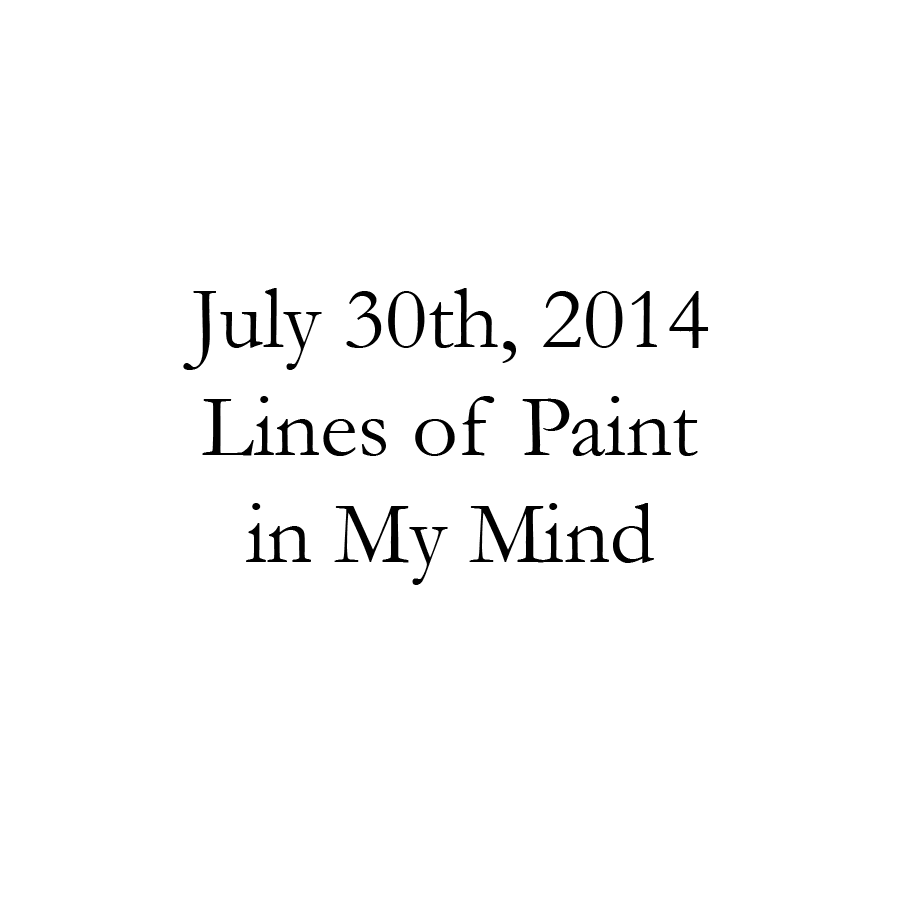 The streets of Raleigh are marked and lined with construction spray paint – The kind that workers use to denote where electrical wires are buried. Where to dig and where not to dig. Where it’s okay to drill and where it’s not okay to drill, where the water lines run, and where there’s nothing but plain old dirt. Raleigh is growing and expanding by the minute, and by the time one building is finished, they start tearing up the lot right next to it and start something new.

But for every line of construction spray paint that’s put down, it’s inevitable that they’d miss one, isn’t it? Of course it is. Somehow the line of spray paint that was supposed to denote where the main water pipe runs on our street never got marked. I woke up one morning, flipped the water on to brush my teeth, and no water came out.

“Any idea when the water’s coming back on?” I asked, trying to sound respectful.

“Your guess is as good as mine.” The one with the sandwich muttered, in between bites. “We’re tryin’ to get this thing fixed as fast as we can, but it could take all day.”

“Idiot didn’t mark it. Marked all the other spots, but the missed this one, so we thought it was clear. Idiot”

I frowned, looking at the steady spring of water shooting out of the ground.

I turned around and went back inside, trying to pretend like I hadn’t missed several vital parts of my morning routine.

While I should’ve been in the shower, or brushing my teeth, or at least on my second cup of coffee, I imagined all of the places where there are missing construction markers that should be painted onto the ground. The street in front of my house isn’t the only place that doesn’t have markings, telling the workers where they should be going and where they shouldn’t be going. I’m pretty sure that if there is a God, he forgot a couple of spray painted lines in my life.

No doubt, someone as productive as God would be building and growing things all the time, wouldn’t he? He has the entire world to look after, and millions of people asking him for things, every single day. It only makes sense that he’d have someone mark the pavement in the minds of the people he’s working on. And with all of those people, it only makes sense that somewhere, there’d be a line that somebody missed.

So when God finally gets to me, he’d start building full force, knocking down old ruins and drilling down into the dirt of my mind to secure the foundations of whatever the hell he’s building. The street in front of my house isn’t the only place that’s missing some guiding lines of paint, and so for all of God’s good intentions, he hits the main water line, and turns the street in my mind into a river.

My thoughts wash through the street, flooding the sidewalks and rushing over those memories that wouldn’t budge. The secrets that I’d buried years ago become unearthed, and those hidden grudges that I thought were safe and secure wash to the surface. That time that I lied to dad bubbles right to the surface, along with that relationship with that girl that I haven’t talked to in years, but have thought about every day. My mother drifts past, followed by all of the times I ignored her when all she wanted was to get to know her son. They wash by, and I’m left standing in a soggy front yard, surrounded by fragments of trash and litter that I thought were long gone by now.

I stare at the river, rushing through the front lawn of my mind, just wishing I could brush my freaking teeth. I begin to wonder whether or not this was part of God’s plan all along, or whether somebody just forgot to tell him where the water line was.