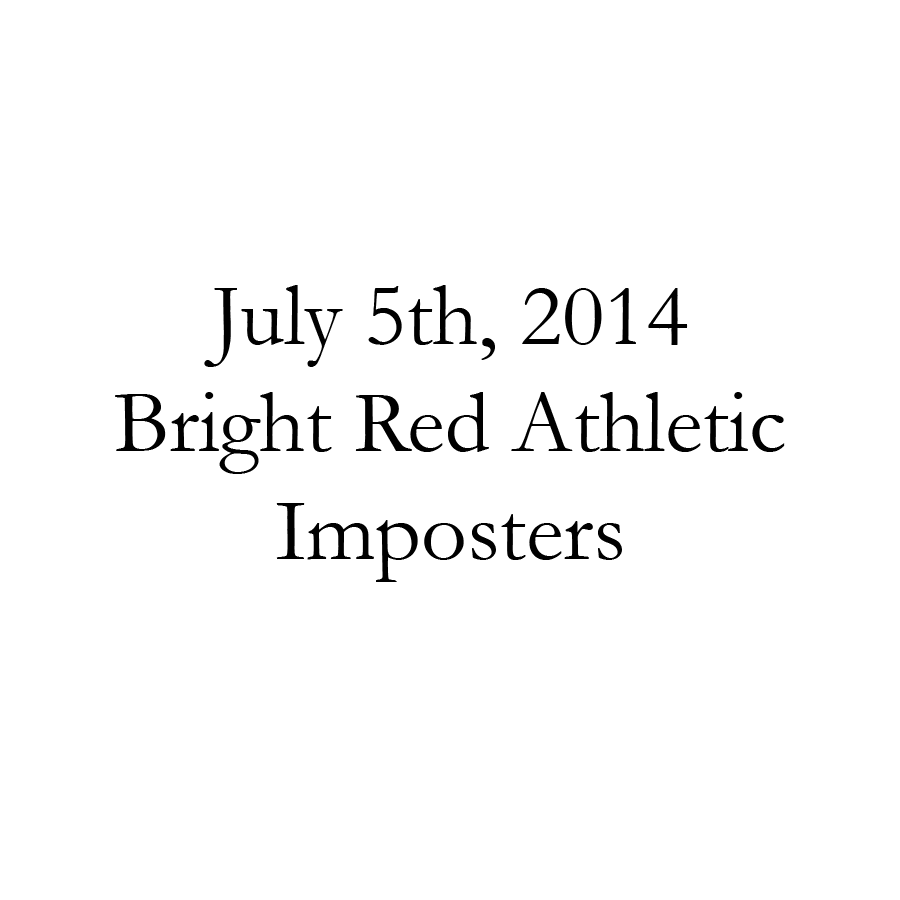 I was itching for a good, solid, three mile run. I would’ve gone last night, or the night before – The weather was perfect for it all day (a rarity in St. Louis) – But I’d left my running shoes at my parent’s home by accident, and I was pretty sure that one of my brothers would take them before I returned.

There weren’t a great many options for purchasing shoes in St. Louis, at least not where I was. I could’ve just ordered them online, but the weather this weekend was going to be perfect, and I’m impatient and when it comes to running. I can name several times when I decided to go for a run at the most inconvenient or unreasonable hour of the day, usually an hour before meeting a friend for dinner, or an hour before a dentist appointment. Inevitably, running gets pushed into corners of my day when it doesn’t fit very well, but running is freeing in a way that nothing else is.

There was the New Balance store, south of Wash U. It sounded like a good option, right? So when the pot smoking guy whom I was subletting from said he was running some errands nearby, I asked if I could hitch a ride. He could not have sounded less excited when he agreed. I climbed into his tiny car and thanked him for the ride.

“So, what are you getting at the store?” I asked, trying to dissolve the awkward silence before it grew unassailable.

“I clogged the toilet back at the house and we don’t have a toilet plunger, so I’m getting one.” He muttered in complete monotone.

“Oh.” I said, and decided that silence might be better.

We arrived in the shopping center with the New Balance store, and I darted over, determined to get a good deal. I stepped in and awed at the expanse of choice.

“Can I help you?” A saleswoman stepped forward.

“Uh, yeah. I’m looking to get some running shoes.”

“Our running shoes are right over here. Is there any particular kind you’re looking for?”

“The cheapest kind.” I joked.

Okay, it was a partial joke.

I surveyed the wall of bright, expensive pieces of lace, plastic, and synthetic materials, sewed together to form ergonomic beauties.

She nodded and gave a “Let me know if I can help.” I told her I would.

I turned back to the wall.

I was sure that they were all great shoes, but I didn’t have the money to find out. I pretended to consider them for about thirty seconds, then turned back to the saleswoman, nodded, gave a friendly: “I’ll come back!” and left. And no, I unfortunately didn’t come back.

My pothead roommate was carrying a toilet plunger when I met him back at the car. He tossed the plunger into the back seat, and we drove back to the apartment.

The only other option for shoes was the Footlocker at Union Station, a couple of metro stops away. I left for the metro as soon as we got back to the apartment, deliberately leaving the house before my roommate made use of his newly acquired tool.

I got to the Footlocker, and realized that there’s an entire segment of the shoe-buying market that really only cares about what their shoe looks like, and Footlocker is pretty much made for that market. There was a small section of shoes for ‘Running’, and only two pairs of shoes that were my size, available in dark red, and bright red, for 75 dollars. Probably more expensive than they should be, but I could almost hear Forest Park whispering in my ears and urging me on. I decided on the bright red, paid the 75 dollars, and got out.

On the way out, a guy noticed my Footlocker bag and waved.

Not in any interest to start a conversation, I replied:

I nodded, and hurried to the metro platform. Once I scurried down the stairs, I sat down and replaced my decaying boots with the fresh, bright red athletic mesh. An old man noticed, and sat down beside me.

“Too much” I said, again, keeping the options for conversation brief.

I tried to act as though I wasn’t a spoiled kid who just spent a hefty chunk of cash on shoes, but the more I tried, the more I felt like I was. Finally, the train came, and I hopped on, eager to be back.

The train was packed full with Cardinals fans, headed to the game. They buzzed with energy and enthusiasm and glee. I squeezed onto the train. A man started jabbering nearby me, attracting attention with his unguided, one-sided conversation about the Cardinals pitching game and his upcoming work schedule. There’s something about public transportation that must allow some people to feel justified having a conversation with themselves out loud. After he lost interest in the Cardinals pitching game, he noticed my bright red shoes. I started to consider that maybe bright red wasn’t the best choice.

“Got some new kicks!”

I opted for the minimum viable acknowledgement, and raised my eyebrows. He nodded back, and shifted his conversation once more. My stop arrived, and I got off.

I dashed back to the apartment. My roommate greeted me in monotone, plunger in hand.

“The water in the toilet subsided, so I guess we didn’t need a plunger, after all. So, now we have one, I guess.”

“Are those your new shoes?”

He pointed at my bright reds.

For the first time ever, his voice fluctuated out of monotony.

“Nice! I almost got those same ones this week. They didn’t have bright red, but if they did, I totally would’ve gotten them.”

I nodded, and tried to downplay the purchase.

“Well, I only got them because I need some running shoes”

I looked at him, puzzled.

“Yeah. Those are, like, chill shoes. You wear those with jeans.”

I looked down at the bright red imposters.

“Damn. The girl at Footlocker said they were running shoes.”

“How much did you pay for them?” He shifted the conversation.

He cracked a sheepish smile.

“Yeah.” I realized. “Yeah, I could’ve, I just really wanted to go for a run tonight.”

“Well, let me know if you look around for any other shoes, I can help you find some.”

But sometimes, it’s not.

I sat down, took off the athletic imposters, and wiped the dirt off of the bottom. I placed them back into the box, and stuck the receipt in my wallet so that I could return them the next day.

I should probably learn how to run barefoot. Until then, I’ll just have to wait an estimated 4-7 days for my order of running shoes to arrive.