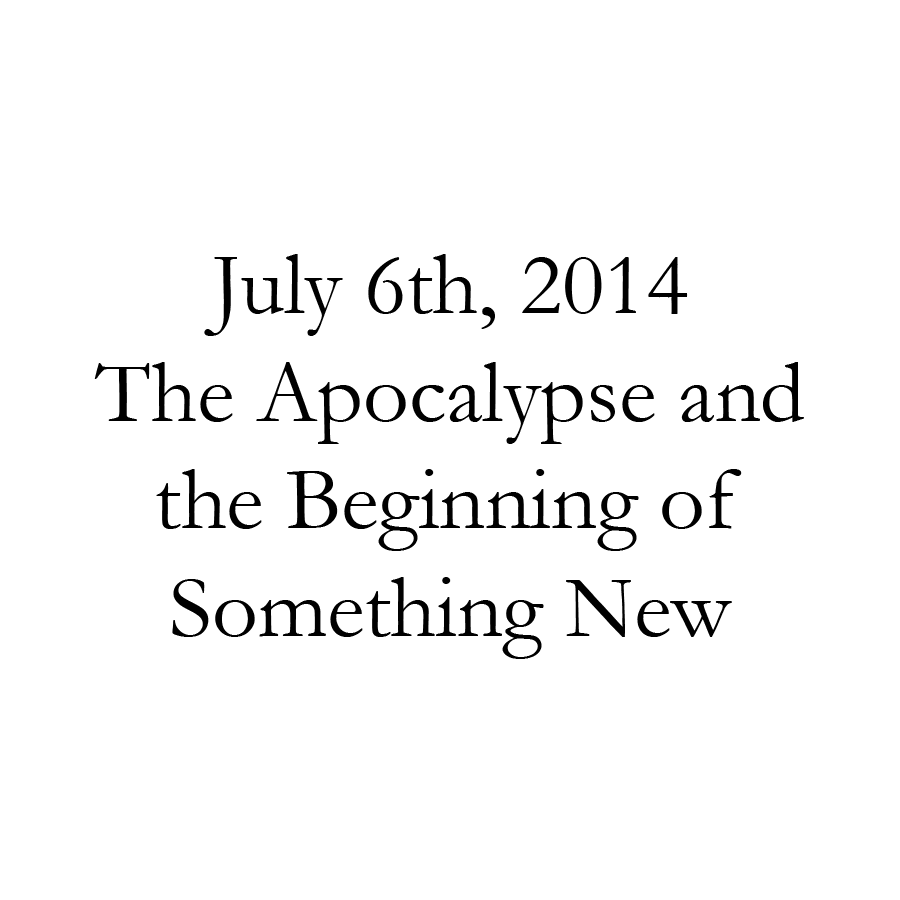 I’m terribly bad at stopping things, which is why I’m walking home, instead of taking the bus. The last bus stops at Washington Avenue at 11:46pm on weeknights, and tonight I didn’t stop working until half past midnight. I missed the bus last night too, and that might have been the beginning of my realization that I’m very poor at putting a stop to things – work in particular.

The air drifts with mild humidity, as if the sky wants to rain, but can’t quite muster the strength. I wonder if I’ll make it back to my apartment before it starts.

A month or two ago, if I worked this late, I’d receive a worried text from Madeline, wondering where I was and if I was okay. But no such sentiments came my way tonight. I’d put a stop to that, too, though only after letting it go for far too long.

Why am I so bad at stopping things? My eyes dart toward the brewing clouds, drifting on a scape of dark reddish sky: A strangely apocalyptic image, out of place in the tame and quiet city streets. I let my mind wander, imagining that the imminent storm really was harkening in the end of the world. The whole world could end, and here I was, worrying about putting an end to my workday, or my marriage, or to-

My eyes scan the streets. So different than Boston, this town is. I fought and scraped to keep my time in Boston alive, almost as much as Madeline fought to keep us together, but in the end, I put a stop to that, too.

Leaving Boston shouldn’t have been as hard as it was. All signs led me away. The opportunity to leave beckoned me, and my welcome felt like it had been worn thin, like the pair of shoes that I’d bought when I first moved there. And yet, even as my options to stay in Boston withered and faded, I clung to the idea that maybe I should stay, because after all, I’ve never been good at putting an end to things.

I feel a raindrop on my head. The sky shares none of my hesitance to end one thing and start anew. But that’s the question, isn’t it? Is ending one thing actually just the start of something else? Is it just one side of the same coin? The same view, only different sides of the window?

The rain picks up, and I quicken my pace, but I don’t run. If the rolling clouds and rumbling thunder are bringing the apocalypse, they have no hesitation to end anything. Maybe I’ll start to absorb whatever it is that gives them the courage to put such an abrupt halt to something.

I approach my apartment, but keep walking. I’m not ready to end my night, either, it seems. Inside, I’ll be warm, and it’ll be dry, and I can make dinner, finally. I’m much more comfortable carrying on with what I have, and where I am, than to throw that away and start something new.

The clouds finally melt into a steady downpour. I keep walking.

Past Stover Park, past Rockafall St. and that weird contorted tree at the corner of 2nd and West. Past the Bedford apartments, where I used to live.

And until I realize that ending one thing is really just the same as starting something else, I’ll probably never stop.