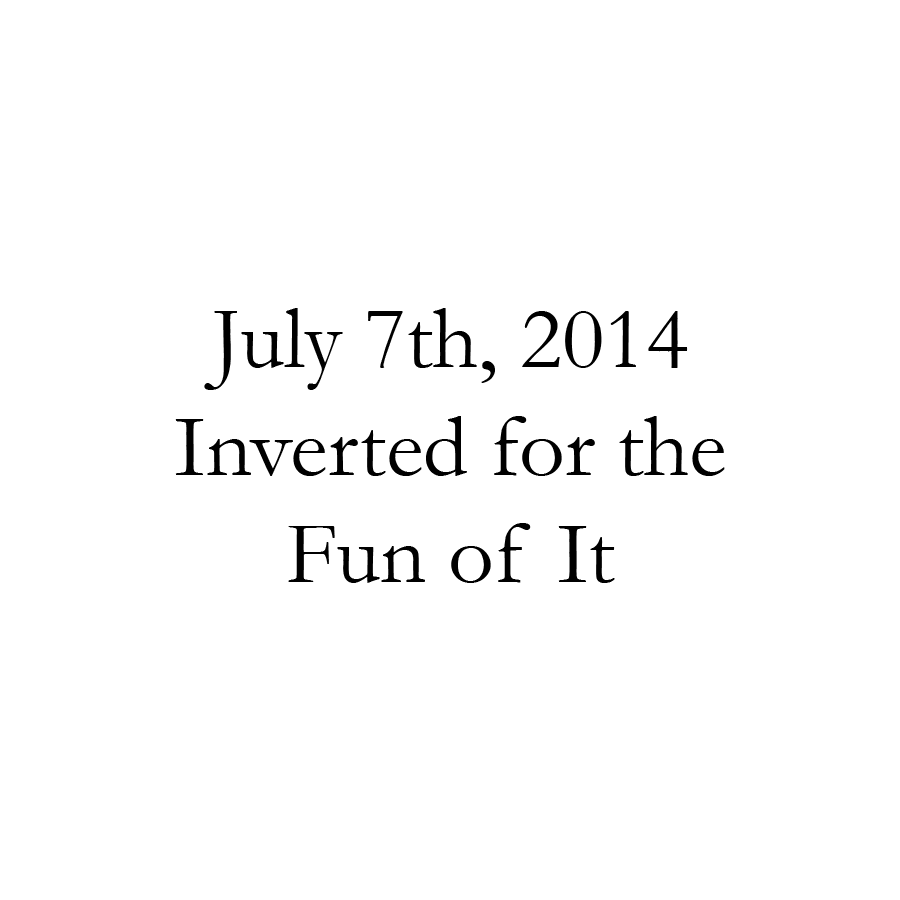 Sometime I wonder whether life inverts our places, just for the fun of it. Like a kid who picks up a tiny ant from the wall and puts inside of a clear plastic box, disorienting the poor bug until it goes crazy and runs in circles. I wonder whether life flips the North Pole and the South Pole, and it happens so quickly, that we don’t quite notice.

But even if it did happen slowly, I probably wouldn’t have noticed. Eight months ago, I was busy applying to every job I thought that my business degree and my below average GPA might fit into. There were desk jobs at corporations, cubicle jobs at mega-companies, sketchy jobs in California, slave jobs on Wall Street, jobs in towns that I never knew existed (usually in Kentucky). If I thought I had a chance at receiving anything other than a template rejection, I applied. And usually, I received a template rejection.

Every once in a while, there would be that one job – the one that I thought sounded perfect. Usually a small company – if you could call it that. You could tell just by reading about them that they weren’t really even a company yet. They were just a couple of really good friends who believed in what they were doing, and were willing to risk their comfort and their sleep to build something great. They weren’t paid well. If it were about the money, none of them would be doing this.

Those were the applications that I sweated over. Those were the ones that I lost sleep over, crafted and tweaked to perfection, and hesitated before I sent. And one by one, template rejections appeared in my inbox.

Albert Einstein said that insanity is doing the same thing over and over and expecting different results – I’m still not sure if I agree with him or not, because to me, that sounds a lot like persistence. But then again, I’m not the one who developed the theory of relativity. For a moment, I decided I agreed with Einstein, and stopped applying for anything, even those startup jobs. I withdrew the 383 dollars and 92 cents that were left in my bank account and started something. I called my friend Tripp, my friend from high school, the only person who’d ever been able to finish my thoughts for me. I asked him what he was doing for the next year. He said he was working one of those cubicle jobs. I asked him if he wanted to quit and build something awesome with me – A company. He agreed.

I’m pretty sure that was when it happened – Life decided to swap poles. North became South, and doing the same thing over and over and expecting the different results became commonplace, not insanity. My thoughts scurried across the ceiling of my mind like an ant; and reality, like a little kid, picked them up and put them inside of a clear plastic box, until they went crazy and ran around in circles.

Eight months later, we were growing. Tripp brought his cousin on board: A short, blond headed, curly haired hacker. After that, it was Angelica, who could sell ice to an Eskimo. But they still weren’t enough. We put out a call for interns.

I was busy looking through resumes of freshly cut recent graduates, soft-skinned and idealistic. But one of them stuck out to me.

I hit reply, typed out a nice response, asking about an interview, and emailed him back. I shut my computer.

I looked out the window. The sun was setting –

But not in the West.

It was setting in the East.

Life, it seems, does invert our places. Just for the fun of it.