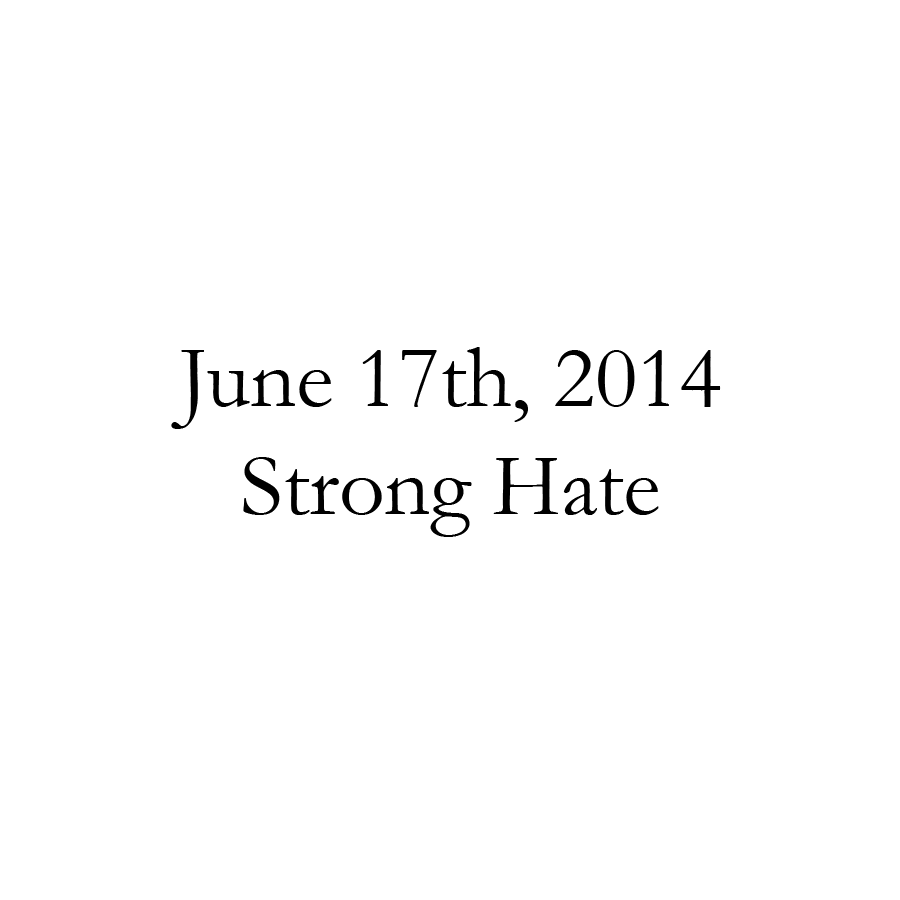 It was almost as if everyone that he knew between the ages of 13 and 16 was there. Susan Meyer, hair as red as he remembered, temper even worse. Jimmy Smitherman, who had grown an over-enthusiasm for almost everything. Garrett Esslinger, who still couldn’t muster enough facial hair to appear a day older than seventeen.

And then there was Beckah.

Beckah, who hated his entire existence more than he thought possible. Beckah, who, given the opportunity, would have left him stranded on a desert island with a horde of angry cannibals. Beckah, who sang ‘Terrible Birthday” to him on his fifteenth birthday. Beckah, who – I would go on, but it would only depress you even more.

He was pretty sure about the reason for her hatred toward him. He supposed it might have something to do with throwing rotten eggs at brand new cars, or maybe some kind of gossip that had gone around when he was fifteen. But he could never confirm. It seemed like for as long as he knew Beckah Sterling, she had abhorred his very existence.

This is why Blake hated weddings. You have no control over whom you see. You have no idea who will be there, although you can usually guess. He had guessed that Beckah might be there, but he had avoided giving it any thought, for his own peace of mind.

So as the music started and the dancing began, he started trying to blend into the crowd and escape to the back of the wedding reception, behind the glasses of champagne and that giant fake cake. He watched the glossy dance floor become crowded with people, swaying and shifting like an oceanic Rubik’s cube. He bit his lip and decided that it wouldn’t be worth to risk a confrontation with Beckah just to get a piece of cake. He turned and started for the large hallway that led to the exit of the reception.

“Will you dance with me?”

He tried to compose himself, failing miserably.

“Why not?” She said, stepping closer. Thin razor eyebrows framed her sharp eyes, and her lips curled into a smile that appeared somehow both simultaneously entirely harmless and fatally venomous.

“Because, you hate my existence.”

“And –“ he said, “Everyone would see us together and think that we’re both out of our minds. We would probably draw so much attention, people would yank us away from each other, thinking that you were attacking me or something. No, I will not dance with you.”

She considered him for a moment. Not confused, or hurt. Just calculating.

“Fine. Don’t dance with me.

He swayed to the rhythm of the music with conservative hesitance moving his body like a puppet.

“Why did you dance with me?” She asked.

“Why did you ask me to dance? You hate my guts.”

They danced, but let their eyes flee responsibility from each other. A new song started, and they both kept going.

“Seriously, though, why?” He asked.

“I hate your guts, you’re right. Normally I’d be sorry to say that, but I’m not. Not with you, anyway-“

“Face your fears. The only way to be braver in life – any part of life – is to start facing fears – Any fears. All fears.”

“So you thought that-“

“Yeah. You know how much it took for me to stop you from leaving this damn reception? Why did you say yes?”

“Same reason as you.” He muttered. “Never choose the easy thing when you could choose the hard thing.”

“I forgot that was your life motto. You always live by that.” Sarcasm dripping from her lips.

“It would’ve been much easier for you to not TP my entire house.”

“That was five years ago.”

He kept dancing, momentarily losing focus from the conversation and letting his mind drift into the motions.

“It would be much easier to leave you alone on the dance floor.”

They kept dancing. Swing music, Cupid shuffle, slow dance, Sinatra. She got braver, and he got stronger. Susan Meyer stared in shock at them, her face growing as red as her hair until she was a full lobster of color. Jimmy Smitherman watched with a kind of uninformed enthusiasm, draw dropped to the floor. Garrett Esslinger mustered a full dose of confusion.

The reception faded out, and they were the last to leave.

“Hope you face your other fears.” He said, not really hoping anything.

“Best of luck with all of your difficult things in life.” She said.