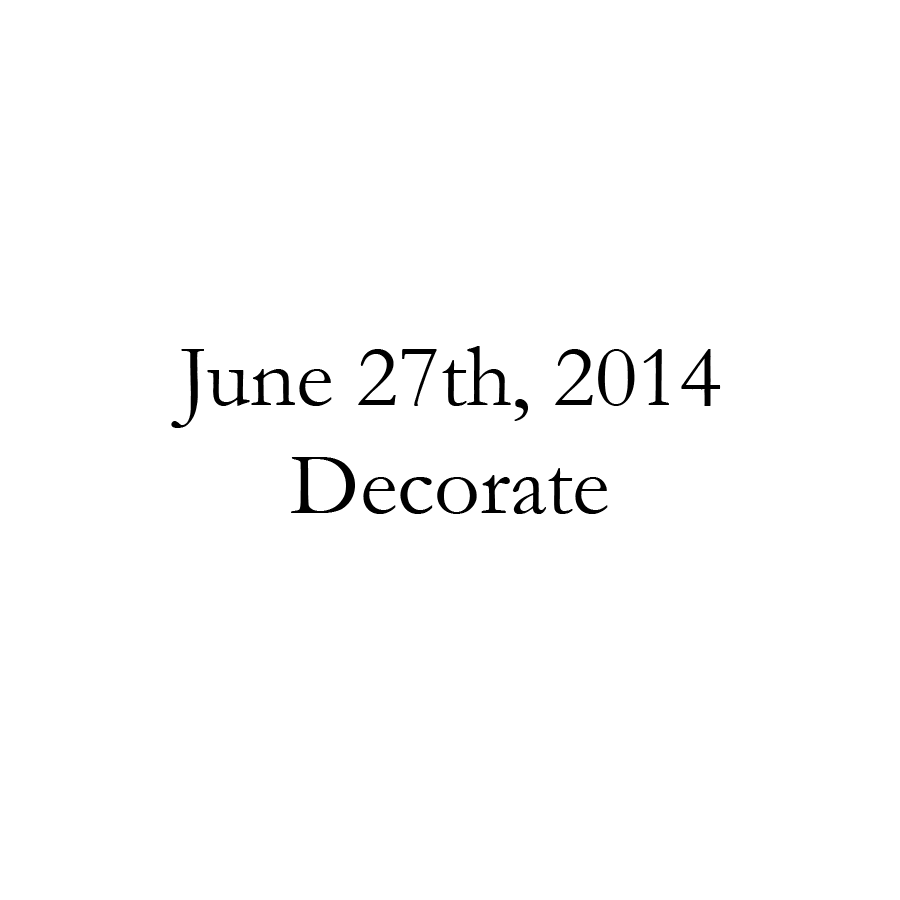 When I was seven years old, my family moved from a small town in Massachusetts, to Charlotte, North Carolina. I was a little too young to pick up on the vastly different political and social views of the two states. The only thing that mattered to me was our new house.

It was fresh, and clean, and large, like a new playground that had just opened up. Three bedrooms, three bathrooms, two stories, two car garage, a backyard with a swing set, and a neighborhood with sidewalks. All of these were nice, of course, but my attention was solely focused on the fact that for the first time in my life, I didn’t have to share a room with my younger brother. I was very excited about that.

I watched my parents arrange furniture, slowly crafting our home into a place that felt familiar and comforting. They hung up pictures on the walls, then took them down, repositioned them, then hung them up again. They moved potted plants from countertops to couch side table, then back to the countertops. My mother fancied herself an interior designer, even though her career was not related in the least. My brother buzzed around, following my parents as they moved furniture and paintings and potted plants.

My mother only laughed, and helped to instruct him regarding the proper placement of interior shrubbery.

I loved watching my parents work, because they somehow had an intuitive understanding of how people should interact with a room – how they see it, and engage with it. Even though our home was foreign to us, and North Carolina was alien territory, we quickly became familiar and comforted by the environment. After two weeks of living there, I realized something.

The first couple of days, the house was an uncharted territory. I drew maps of the house, charting out the mythical land of my younger brother’s room, and visiting the hidden closets as if they were ancient tombs, waiting to be discovered.

But after the first couple of days, the novelty started to wear out. I no longer consulted the maps of our little home, and by the second week of living there, I could walk the house with my eyes closed. It was comforting, but seven-year-old boys don’t want comfort, they want excitement and adventure. My parents, though up-and-coming, designed the house to match the house in Massachusetts – all familiarity, no freshness, no newness.

I helped my mother decorate, unpack, and move furniture, obeying every wish, helping her craft a home identical to our previous home in Massachusetts.

By the time she trusted my opinion, I suggested a new kind of look – fresh and vibrant, more in line with the south than with New England. Her words stuck with me, even though she was talking about the smallest thing. When I left home at age fifteen, those words were still on my mind:

“Because. It’s not what we’ve done before.”