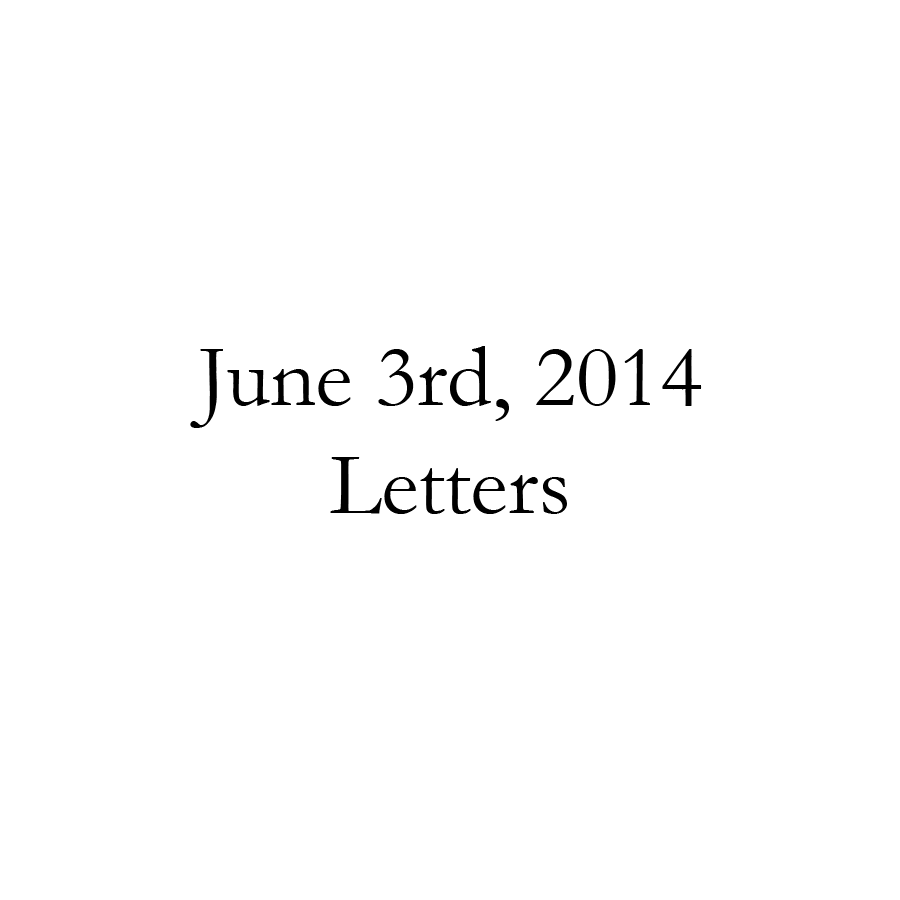 We were pen pals. I’m not sure exactly why, or how it happened. I think we both enjoyed writing letters, and we both appeared in each other’s lives at a time when we both wanted somebody to write to. I was moving to LA – a frightening and exciting challenge for someone who lived his whole life in North Carolina. You were starting your junior year of college – junior year is usually when things start to get a little bit more serious.

I really enjoyed writing to you. Your letters became small envelope-sized windows from the congested, sprawling city of Los Angeles and into the fresh air and mind of North Carolina. I bundled up all of my contorted emotions that I’d gathered upon relocating to the west coast and plotted them out in my letters to you, like a screenwriter planning his next movie. I don’t think you minded, though. You never failed to respond, ignoring the honest thoughts and uncertainties that I announced in each of my letters. I would forget that you were going to read the words that I wrote, and simultaneously not wait for you to read them. And when your letters appeared in my lonely mailbox, they made me feel a lot less like a struggling wannabe movie director, and a lot more like a human being.

But like any kind of correspondence or communication, it ended. I was part of your life through my letters, but letters don’t reach into someone’s life like a hug. They can’t put an arm around your shoulder, they can’t buy you hot chocolate or ice cream; they can’t meet you at your favorite restaurant, or tell you that you look beautiful. They can’t sing to you, or strum a guitar. They can’t go to the movies with you, or laugh with you or tell you that you look pretty tonight. Letters can’t compete with people, and mine didn’t, even though maybe they tried.

No, my letters couldn’t compete with him. And so your letters stopped.

What did I expect?

It wasn’t my place to interrupt your time with him. That’s not what letters are for. We saw each other once after that. He was by your side. You waved and smiled. I waved and smiled back.

Five months later, you sent me an email:

I’d just woken up. That California sunshine was trickling into my dusty apartment, and I rubbed my eyes, making sure I read your email correctly. We hadn’t talked in months. I hadn’t seen you in months. And now you wanted to send me something, straight to my crummy LA apartment.

I puzzled for a while. I ate breakfast, then read your email again. And what do you know? It was the same as when I read it the first time.

I wondered what in the world you might want to send me, but more so, I wondered why. You were still happy and satisfied with him, as far as I could tell. Letters are great mementos and reminders for things that are far away, or abstract, but they’re terrible substitutes for the comforts of a beating heart or a genuine smile. I wasn’t quite sure what you might gain from sending me a letter, or receiving one from me. But curiosity reveals all things, including my new L.A. address, and so I quickly replied with the details of my Los Feliz residence.

In the next two weeks, I checked my mailbox more times than I had in the previous five months. Fifteen days later, I received your letter: A beautiful, handwritten Save-The-Date for your wedding, with a small post-script, asking if I would be available to take your engagement pictures.

I never throw letters away. Someone took the time to get a pen and a piece of paper, write out their thoughts, find an address, purchase a stamp, and address it just for you, and I think that’s something to respect. Letters aren’t like emails, or Facebook messages, or texts. They’re closer to books, or photographs. Every waver in the handwriting, every curve of a line or dot over the ‘I’ tells me something. I don’t keep photo albums. But I keep letters.

I still have every one that you sent me.

Well, almost every one.