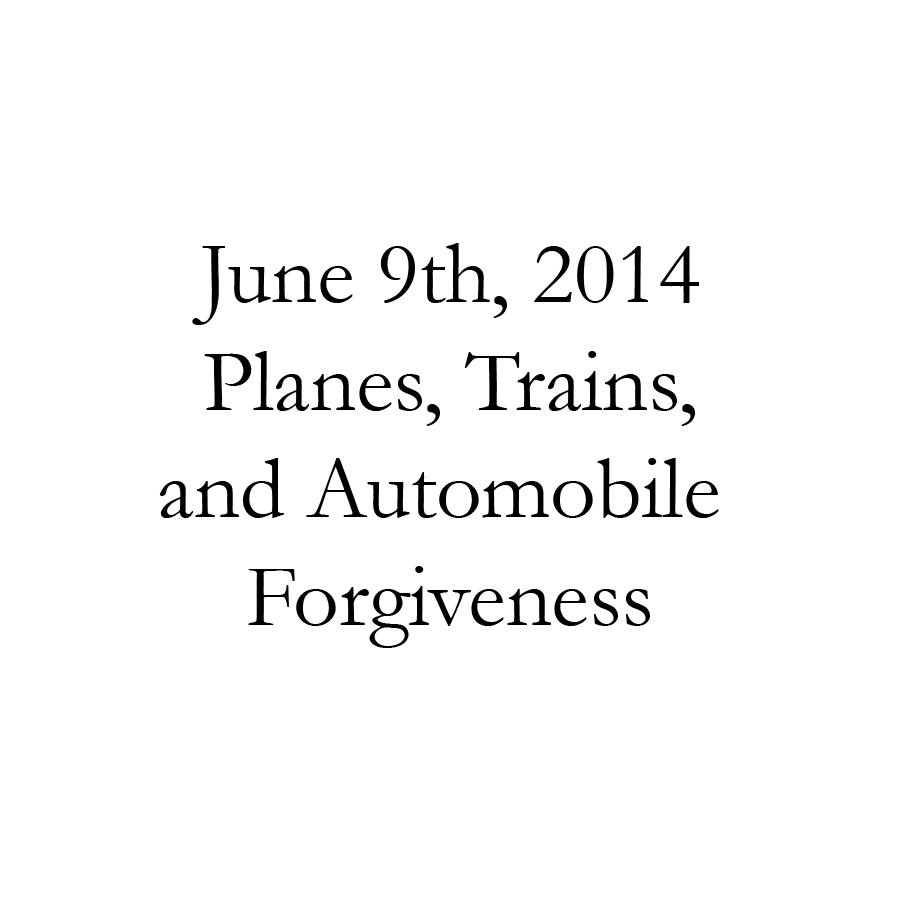 My flight tries to land in an airport that is jam-packed. LaGuardia: the crowded subway car of airports. New York City is a crowded cluster-cuss of everything you can imagine, packed mercilessly into a city, as dense as Osmium. Why would a New York City airport be any different?

The pilot regrets to inform us that they aren’t permitted to land for another thirty minutes, so we’ll be in a holding pattern, circling Queens and Long Island for the next half-hour. This sends a discontented murmur through the crowd, like the pilot just missed a game-winning field goal in the final seconds of the Super Bowl.

But after my flight finally does land, I lug my luggage through the maze of the airport hallways and make my way to the bus stop.

It’s always a bad sign when there are only a few people waiting at a stop. It’s like the pavement whispers: “You just missed it – bus came five minutes ago, you won’t get another one for another 25 minutes.”

But even after 25 minutes, the bus doesn’t come. Why would it? The bus is off, doing other bus things. It makes me wonder: What would happen if your car decided not to show up when you needed it? What if your car was off doing car things? What if your waiter only came by your table once every 30 minutes? What if your computer turned on only once every thirty minutes or so? And yet, with bus lines, there is some kind of inherent forgiveness, like we know how hard it is to be a bus. So we forgive, or at least, we pretend like we do.

The bus finally comes, and it takes me further into Queens, to the subway stop. I hop off the bus and descend down the stairs into the subterranean metro station. I take the train into Manhattan, all the way into Brooklyn. I transfer, only to find that my train isn’t running from this station. I ask an annoyed subway attendant, and she tells me I have to take the F train to 9th street, then transfer again, because the R train isn’t running. So I do.

I wonder: What would happen if the city just shut down streets every once in a while? They would just decide that this road isn’t open from 9pm to 5am, sorry. “You can take this detour,” they would say.

What would happen if your waiter just decided to shut down your table? They might just apologize. “You can ask another waiter,” they might say. And your computer, it shuts down from 9pm to 5am, with an error message, recommending another computer.

And yet, with the subway, there’s still that inherent forgiveness, like we know how hard it is to be a subway car, snaking through the underbelly of Manhattan. So you shrug, and pace back and forth on the platform, until those headlights appear in at the end of the tunnel. You harbor a little bit of a grudge, because you’re as tired as hell, but when you get home, you forgive. Or at least, you pretend that you do.

I was your airline. I delayed, then put you in a holding pattern, and expected you to forgive me, because after all, you forgave the airline for all their trouble, so why not me? But I was your bus stop, too. And your R train, delayed, and rerouted. You waited and waited for me to get there, to be there for you, to not forget you, or to get you out of the holding pattern that I stuck you in.

And when I finally got home, I thought that you were okay. You gave me a shrug, pacing the floor of your apartment. A smile. You forgave me.

Or at least, you pretended that you did.