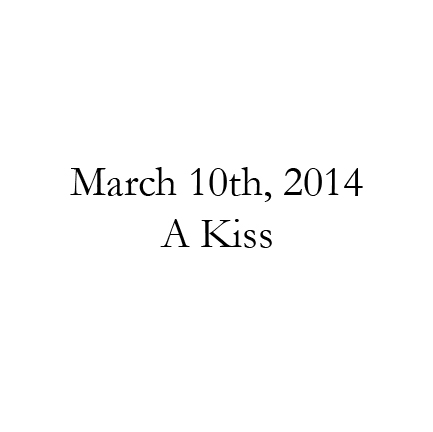 Something had gotten her into a terrible mood, which didn’t happen often. She was so nurturing and so calm that even to this day I can’t imagine what would make my mother this angry – I only remember that she was. Her anger always caught us so off guard that our fear would be magnified ten times over.

I don’t remember what it was that made her so angry, but I remember feeling somehow responsible. Maybe I was. But, like most instances of frustration for experienced mothers, it wasn’t one thing. It was the perfect amalgamation of troubles and frustrations: missed opportunities and burnt dinners, combined with one arguing child, one child that refuses to do their homework, and one child who just wants to help his mother, but can’t, because he needs to get ready for play practice, which is starting in fifteen minutes.

That child was me.

This story is going to seem incomplete because I don’t remember the cause of the anger, the frustration, the emotion, or the embarrassment – but all of that was there, nevertheless. And as if they were all the perfectly and improbably terrifying alignment of atoms to form the first life on earth, they formed this experience that was burned into my head, even though all of the details around that one moment fade into void. Everything that I recall from this memory sharpens to this one, singular point: One kiss.

My mom was in the kitchen, along with my brother and I. Tension wrung each of us, like a rag that was wrung dry, and then wrung some more, until my mom finally yelled at both of us. I don’t remember what she told us to do; if she wanted us to go or to stay, to clean the kitchen or to flee the kitchen as fast as we possibly could. I only remember my reaction.

She yelled at us, I stepped forward, kissed her on the cheek, and ran out of the room.

I don’t even know why I did it – It was one of those weird things where you just have no idea how to react. It’s like if your mind only has a set number of options of ways to react to a situation, and when something happens that just doesn’t fit any of those situations, you pick the one that fits the best. And it probably doesn’t fit. But you don’t really have any other choice.

It didn’t make any sense at all: My mom was furious as could be, one of the very few times that she had ever been this angry. She had just yelled at my brother and I, probably for being irresponsible or lazy or disruptive or all of them together and the only thing I could do was to try to hug her and give her a kiss on the cheek.

I just remember wanting to make things right. And when you’re ten or eleven years old, there’s usually very little you can do to make things right when everything is going wrong. I don’t know what it is – maybe it’s the idea that when you’re loved, everything is okay, so I must have thought to myself: “My mom just needs to be loved.” So I kissed her. Isn’t that the natural reaction for a ten year old?

I kissed her, stepped away, and felt a rush of terrible awkwardness and embarrassment as my mom continued yelling at us both. A little kid trying to embrace their parent doesn’t fix a disobedient child, or go back to a missed opportunity, or repair any kind of growing dissatisfaction with a mother’s life at home. It doesn’t fix anything. Even when it’s meant to, or I thought it could, or even when I didn’t know what I was doing, it still doesn’t fix anything. But there’s some kind of awkward and uncomfortable beauty that grows alongside the childhood naiveté in the belief that a kiss can melt anger like butter on a hot stovetop. It’s the beauty that’s hidden away in believing that a kiss or a hug will make things better, no matter how much anger is mauling a circumstance.

And if this memory is a knife, sliding through the melted anger, then that beauty is resting on the tip of that knife, and that beauty can pierce through anything.