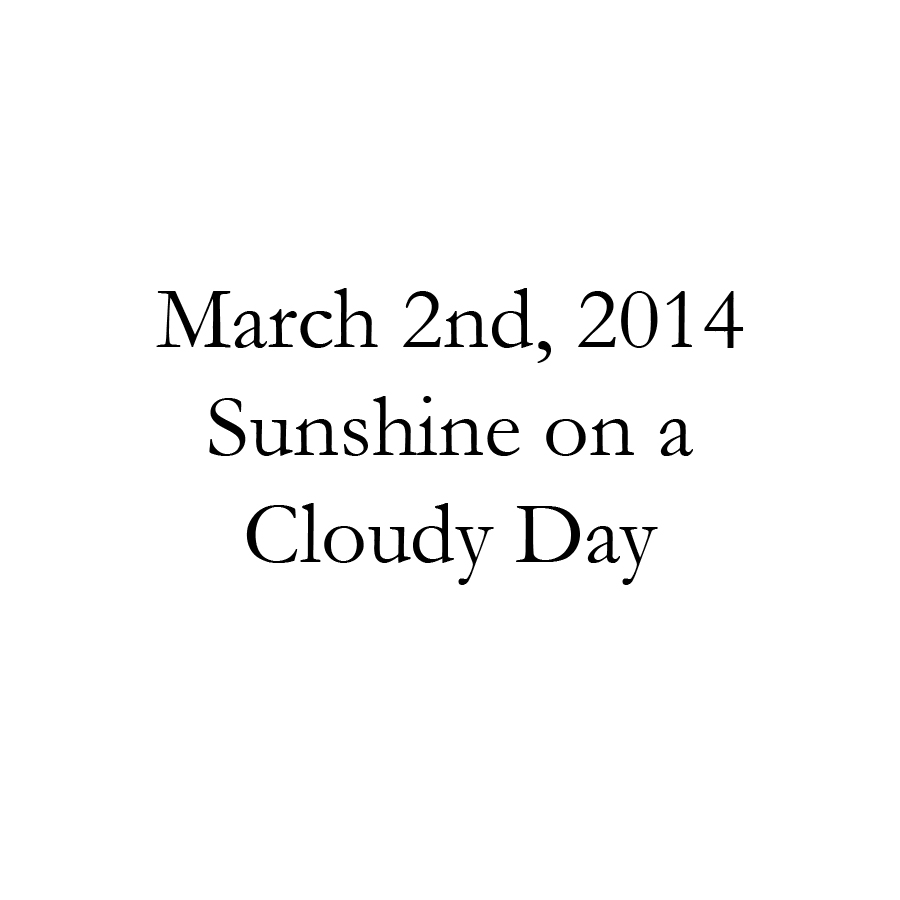 Sunshine on a Cloudy Day

They stepped into the subway car, discreetly, but with confidence. A couple of the passengers glanced over, probably muttering curses to themselves.

Suddenly, those six damn catchy opening notes of the Temptations most well known song burst through the subway with twangs from an old portable amp. The guitarist grooved and swayed his head to the rhythm. The music weaved and spread through the passengers on the subway car like an infectious disease.

Most of the passengers ignored the music in the same way that they ignored other passengers: They were acutely aware of its existence, but they refused to show it. Even as the drums snapped into the beat of the song and pulled in a magnetic radiance, they still ignored it.

But slowly the music began to sink in to the hearts and heads of the passengers around them, possessing passengers that would have otherwise gone untouched. Toes started to tap.

Fingers started to beat to the rhythm.

Irresistible movement gripped the passengers, and yet there were still those who held out for dear life in a feeble attempt to remain unaffected by the tune.

“Ladies and gentlemen,” The guitarist began in an engaging and endearingly sarcastic tone of voice. “I’d like to remind you that soliciting for money on the subway is illegal, so please resist the temptations.” He smiled and joined in to harmonize with the drummer and the singer.

Smiles slowly spread throughout the subway car as the singers changed keys in perfect unison. Passengers shuffled through their wallets to prepare to reward the musician’s cleverness.

“I don’t need no money, fortune or fame…”

Somehow, dozens of feet underground, in this dark, deep tunnel plastered in ceramic tile and yellow stained layers of chipped and rusted paint, these three musicians infected their surroundings with pleasant laughter.

The subway changed. The passengers who were on their way home or to work or to a meeting that they didn’t want to attend were no longer part of a dull, robotic commute. Some kind of life was lit ablaze.

The train slowed as it approached the next stop, and the music faded to an end. As the musicians wandered the car looking for last minute charitable donations, the guitarist spoke up:

“We’d like to thank our opening and closing act…”

The subway doors sprang open like floodgates, releasing a volley of people trying to get to their next destination.

He smiled and joined the crowd that funneled out onto the platform. No doubt they would all forget his music within a couple of hours. But that didn’t matter. What mattered to him was the life that he spread through music that he played: An infectious smile where it wouldn’t have been otherwise. And to him, that made the difference.