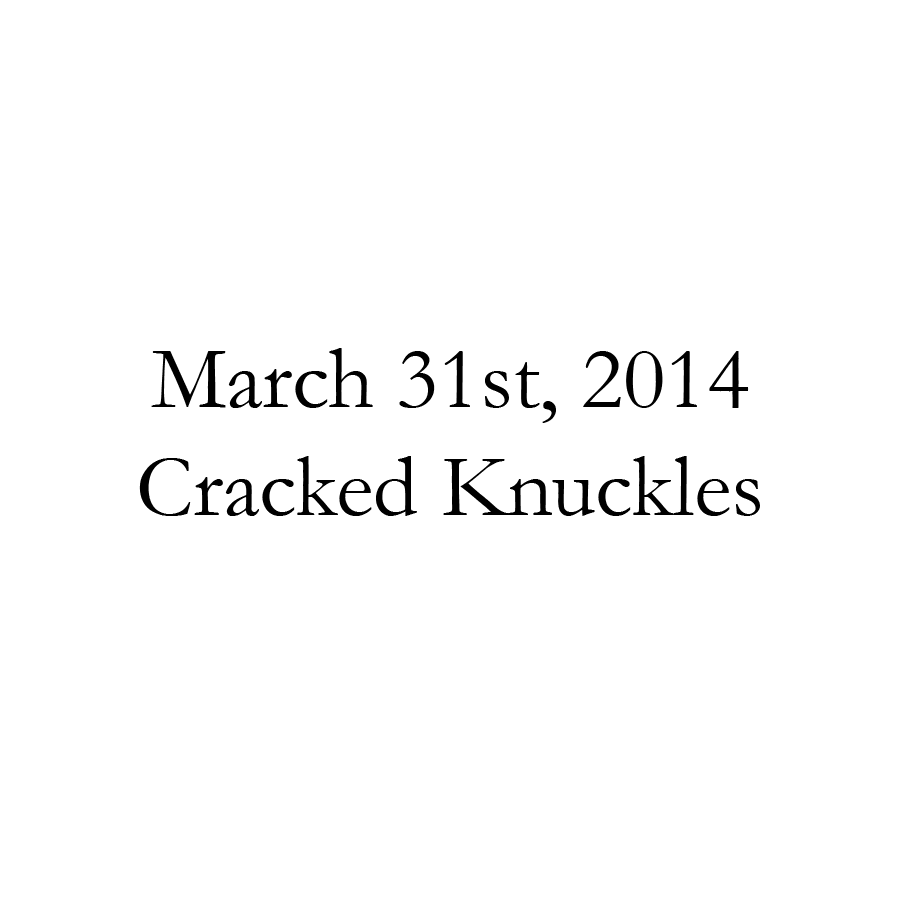 When I was young- nine or ten years old, my knuckles would dry out in the dry, brittle southern winters – the winters that rarely got below 28 degrees. But no matter how mild the barren season was, my hands would slowly grow rough and cracked, like 220 grit sandpaper. It was an easy enough thing to happen, especially for a young boy obsessed with having clean hands, washing them one too many times each day. And with each washing, they dried and they cracked until my knuckles would scrape and catch on a wool sweater that I’d huddle over my cold shoulders.

In my nine-year-old mind, there was an obvious solution to this problem. It wasn’t lotion, it wasn’t skin moisturizer – If your skin was dry, it was because your skin didn’t have enough water. Clearly, to a nine-year-old, the solution to this problem was simple: Hold your hands under warm water for ten seconds every couple of hours (along with adding some strong soap), and eventually your hands will absorb the moisture.

When I was young, twenty-two or twenty-three, my eyes would dry out during the late nights of working on projects that I thought would take me somewhere and make me feel important. It’s a lie; slightly more detrimental than the notion that washing your hands excessively will heal cracked knuckles, yet I believed it with so much passion and determination that it was the only thing that I thought about during that time of my life when I was ripe with enthusiasm for my own creativity. If I only worked harder, or stayed up an hour later, or finished one more project, I’d deserve the attention and affirmation that I wanted. But what I didn’t realize, is that just like my dry and cracked knuckles, the things I was doing to try to solve these troubles were adding to the troubles I was trying to solve.

When I was young, thirty-four or thirty-five, I was married to a beautiful woman, the kind that made me wonder if I really deserved her. She had eyes that spoke louder than words and a silence about her that was warmer than the sun, and yet, we would go through seasons in which our words never reached each other. We tried to talk, but we both spoke different languages; We tried to touch each other, but one of us was a spirit and one of us was a body, and neither of us knew how to close that divide. I tried so hard to translate my words from my foreign tongue to something she would understand; and to touch her in a way that would make her know me, and make her believe me, not just feel me.

After several days of dry, cracked knuckles of a nine-year-old, my mother saw what I was doing and took my hands in hers. Through my sobbing tears, she applied soothing lotion to my hands and smoothed them out until there was no sign of the rough skin that had cracked and dried and cracked and dried the days before.

I can’t tell you the amelioration that I endured, like a brilliant gust of a terribly strong breeze after being cooped up in a hot room with no windows, when I discovered that there was in fact a real solution to the pain I had tried so hard to abate. And that solution would solve my unrest in a way that nothing I could ever do would.

The one moment in my life that made me feel free, like I could totally and entirely let go and that I could forget about the things in life that hurt me, arrived when I realized that there was a real solution to my cracked hands, and not just a solution that caused me more pain.

With bags under my eyes and with a drowsy mind, dry hands and bloody knuckles, and a broken marriage with a woman who was somehow too beautiful for my words, I realized that I was trying so hard to solve the problems with solutions that did the opposite of what I wanted them to do.

When I was sixty-four or sixty-five, my life and my ambition slowly dried in the same way that my young fingers did in the southern December air. And I searched, every day, knowing that the things I did would only make me dry up faster. And even though I could hope that one day I would find the real solution to my pain and my sorrow and my broken marriage and the bags under my eyes and the dry skin on my nine-year-old hands, I may never find it.

I still haven’t found it.

But I know it’s there.