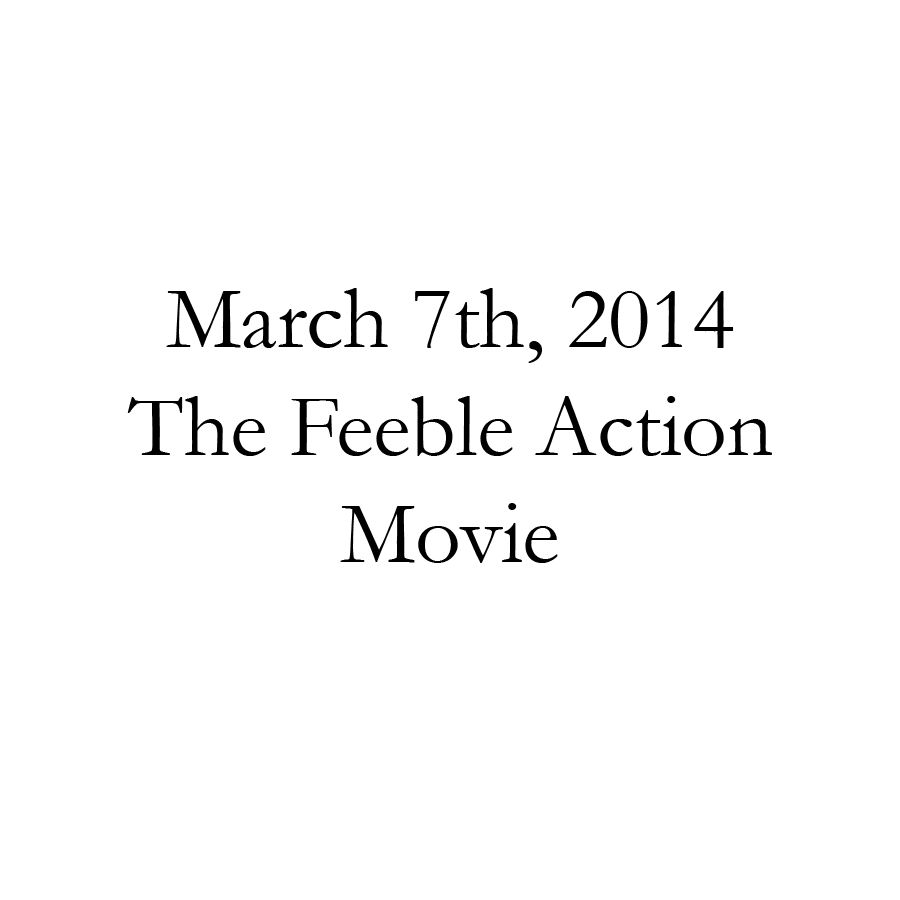 On my sixteenth birthday, I invited my close friends to see a slightly glorified action movie – the kind that had just enough hints of compelling drama in the trailer that I believed it was more than just an action film. I should have learned my lesson when I saw it for the first time at the midnight showing a week before – I should have just admitted it was a holiday season action movie with the sole purpose of selling popcorn, but I wanted to like it. I wanted it to be more than it was. I wanted it to be the kind of movie that meant something to me – but it wasn’t.

It was a feeble action movie, the kind that you can’t remember the name of when you’re at that party a year later. And when somebody finally does remember the name, you laugh and embarrassingly share how excited you were to see it at midnight and a week later for your birthday; everyone laughs respectfully, because no one remembers the film for anything other than it’s trailer, even after someone mentions the name.

On my twenty-sixth birthday, I’d been engaged for seventeen days. Excitement and love struck anticipation coursed through my veins. My fiancé was twice so- but that’s how girls are, I think.

After several years of being married, I began to realize what marriage was actually going to mean for me. It wasn’t just that we weren’t in the ‘honeymoon phase’ anymore. We knew that was coming. But there was another feeling: A hesitancy, or a consistent gnawing in the back of our minds, like an itch that needed to be scratched. Or the feeling that you have when you’re trying to remember the name of a movie you saw last holiday season. The vibrant radiance was gone. At times, we would make love and pour so much into each other, only to feel empty and distant, and be left with a piece of latex.

So, just like a movie that was made to sell popcorn, my marriage continued, but not for the reasons it should. Our marriage may have been a beautiful thing to people on the outside looking in – the audiences, the movie-goers, the popcorn crunchers – but to us, behind the scenes, it wasn’t. And neither of us wanted to walk out of the theater without seeing the end, because there was always that disappointing hope that the climactic action scene at the end of the movie could somehow redeem the rest of it. Eventually, she did, and I was left with her children, and her ticket stub and an empty box of popcorn.

On my eighty-sixth birthday, my children’s families visited me so that they could “help me celebrate” (because after living almost a century, it only goes to follow that I need help with that).

After they made me blow out the candle and after my children told their children to sing me happy birthday, one of the children asked me something. She said:

I went to my room, away, secluded from everyone. I sat on my bed.

When I was born, I’d received an invitation to become alive. There were enough hints of drama and excitement to be promising, at least, and I accepted heartily, RSVPing like it was a wedding invitation. When my youth was plagued by the trivial, the mundane, the monotonic, and the anti-climactic, I should have admitted what it really was. I should have accepted it for what it was, and not tried to make it seem like something else. But I didn’t. I wanted it to be more.

Life may have been a beautiful thing at times. It may have caused some people to laugh and to smile when we shared that dissatisfied feeling that we had when we’d both received an invitation and had both accepted without knowing what the hell we were getting into. We were both in this together, even though neither of us had even seen a trailer.

But I didn’t walk out.

I didn’t walk out, because there was always that festering hope that the climactic moment was so very soon in the future, and that I only had to wait a little bit longer for it. And as I approached that moment that would redeem my acceptance to the invitation, the disappointing hope grew and grew and grew like a party balloon, until it could grow no longer and instead of popping, it decided that it wanted to slowly deflate. I’d be left with nothing but a deflated piece of latex balloon and a ticket stub.

I stood up from my bed and walked out.

I found the grandchild that asked me about my favorite movie, and told her:

“It was a feeble action movie, but I can’t remember the name of it.”