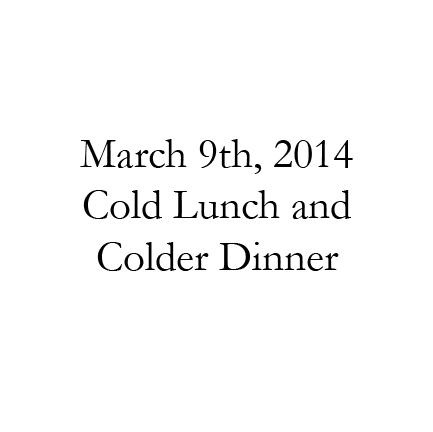 “Have you seen this?”

Howard stepped into my office, bustling with intensity.

“Seen what?” I looked up from my hot lunch and dropped my utensils and napkin onto the table.

“Gonzalez dropped that bill, what are you-“

“He just announced he was picking it back up for a rush vote in the legislature. They’re doing a-“

I stood, leaving the unfinished meal that would probably soon turn dry.

“Not really, it’s the same – He’s trying to scrape the privacy of memory-“

Shit. I swore, but only in my head. It’d been a while since I swore out loud. Malcolm wasn’t too happy about that one. He said it was not good for our public image.

“Where are you going?”

“I’m going to talk to Gonzalez.”

“What? Emily, at least consider our options before you-“

I stopped and turned, right into his face.

“Before what? Before I ask him what the fuck he’s doing?”

“Senator Shaw, I promise you, nothing I’m doing is-“

I don’t really want to hear this. I stepped in front of his desk.

“You can try to take my seat all you like, I really don’t care about that. But two days ago you said you were done with trying to repeal ‘Privacy of memory’.”

He smiled and flicked his tongue subtly, like he was about to enjoy what he was going to say.

“As I’m sure you know, sometimes information changes and I’m required to reevaluate critical moves before we lose the momentum that we have.”

I paused. I sat down. Malcolm would have been proud at how I controlled my emotions. I steadied them. I cleared my throat. I continued, perfectly poised.

“And what information changed?” I asked, in an absolutely perfect conversational tone.

He smiled, showing off his British gap.

“Ask your husband about that.”

“I don’t know. That’s why I want to pass this bill – There are no secrets. Nothing’s hidden from view. Everything’s on the table. If you’re husband knows something, we’ll know everything he knows. Fair’s fair.”

My stomach twisted slowly, from hunger, but more from anger.

“I’ll talk to you when you call to concede. Best of luck with the bill.”

I turned to leave.

“Ask your husband about it at dinner tonight, sweetheart. I hear that you guys eat dinner together every night.” He sputtered, sarcastically.

Malcolm probably wouldn’t have been okay with that one either.

I got home at seven, cooked dinner for the kids. We ate, and the kids finished quickly. They took their plates to the kitchen and argued about who would load the dishwasher.

Normally, when Malcolm doesn’t come home in time for dinner, I’ll wrap his food up and put it back in the fridge so that he can eat it later.

But I didn’t do that this time.

I sat at the table, waiting for him.

I didn’t touch my food.

I just sat in silence, as the food turned cold.