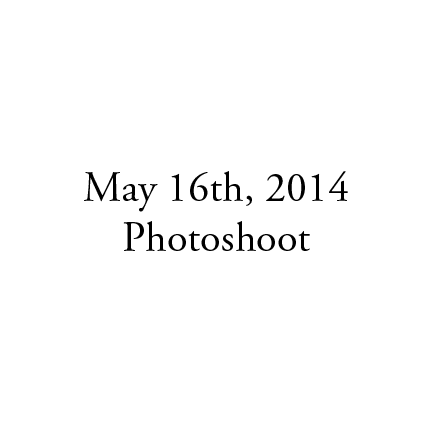 I was worn and fatigued, but could not sleep.

I got back to my apartment at fifteen ‘till midnight. Normally, that wouldn’t be a ridiculous hour – I could still be in bed by twelve-thirty. But not tonight: I still had at least two hours of work before I could crash.

More than two hours – I still had to pack for tomorrow’s photo shoots, and dump the memory cards from today’s shoot. This week had been good – I was booked for an Adidas photo shoot every night this week, and scheduled to direct a video shoot on Saturday. Four weeks worth of work crammed into six days. So much work to do, so little time.

And yet, I still found myself wasting my own time like I was employed by some kind of corporate monster, and it was paying me by the hour with company money. My eyes found their way into all kinds of rabbit trails and black holes and other inescapably dark pits.

A Facebook post of an old friend who recently got cast in a play (It’d probably be a terrible play, but I was still curious). The Instagram of a world-traveling friend – You know the type. We all know someone like him. He doesn’t ever get a full time job, and probably not a part time job either, yet still has enough money after graduation to travel abroad for 15 months. What the hell?

And don’t forget, there’s always the picture-perfect, step-by-step kid who’s LinkedIn account decided that you should receive an email telling you that this person just got a new job, and that you should congratulate them. And endorse them. And write a letter of recommendation.

So there I was, stuck between the photos of a world traveller, the accomplishments of a corporate ladder-climber, and the newest role of an aspiring actor. And all I had was a photo shoot to prep for and 54 GBs of footage to copy and ingest onto my computer.

So I did the only thing that made any sense, of course. I clicked further down the rabbit hole. The trail led me down the winding path of the Internet to the photo gallery of a photographer friend of mine, and I started to scroll through his photos.

Everything was perfect. Perfectly lit, perfectly framed. He had solemn photographs – the ones that make you wonder what in the world was on the subject’s mind that made them have such a serious expression. He had stylized photographs – the ones that looked like they were ripped straight from Willy Wonka’s factory. And of course, he had the ‘About Me’ page, with an introspective self-portrait that screamed ‘Art photographer’ in a subtle whisper. I cursed myself for not being as cool, then denied that I even thought he was cool. Then changed my profile picture to more closely resemble his ‘About Me’ page. Then logged out of Facebook and got to work.

Finally, by 2:47, I wrapped everything up and was ready to crash. I lay down, exhausted and dry-eyed, and stared at the ceiling.

I was booked solid with photo shoots this week, but all I could think about were the photo shoots that my photographer friend had booked. The next day I did two more shoots, then a video on Saturday.

I got back to my apartment at just before 11:30. My thoughts snapped back to my friend’s photographs.

I was worn and fatigued, but could not sleep.