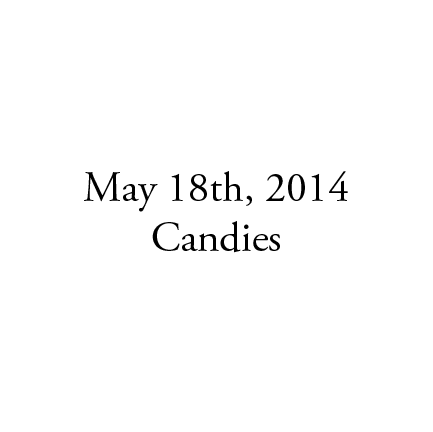 “Why not?” He asked. A typical question for a young boy of nine years, but a question that could never grow outdated.

“Because.” She answered, with her perpetually calm and nurturing voice, the kind all mothers should have.

She snapped, finally. She knelt to his level and gripped his shoulder with a stern clasp.

“Because. This isn’t home. We have to follow their rules here, and that’s what they say.”

She tried to unlock her eyes from his, but she was no locksmith. A tear rolled out of the corner of her eyes; she wiped them away, then stood. She clasped his hand and led him through the dirty cobblestone streets, weaving through the merchants and vendors and pedestrians. She stopped at a bread stand and handed over a couple of pennies to the bearded baker. He handed her a small roll, and she gave it to her boy to gnaw on.

The street market bustled with vendors, yelling to promote their wares and their goods. She clasped her boy’s hand and weaved through the crowded market, stopping to make purchases along the way. She passed a vendor selling sweets and candies, and the boy stopped walking to stare.

But he just squeezed her hand and pointed to the candies. She looked up.

“Come now, I already bought you a roll.”

He looked up at her, pleading.

Finally: “Alright, let’s get some for you and daddy.”

She reached for a couple of pennies and stepped up to the thin, wiry man selling candy. The man sat on a stool, reading a newspaper beside the cart full of sweets. He didn’t look up.

“Excuse me,” She said, raising her couple of pennies and motioning to the handful of candies.

He lowered the newspaper and glanced at the boy, then at her.

“I don’t sell to shant pot-lickers.” He muttered, folding his newspaper in half and shooing them away. “Get outta here.”

She stared at him in shock, which slowly steamed and turned to anger. She clenched her jaw and her fists tightened around the couple of pennies in her hand.

“I’m paying you for your goods, you bloody crook!”

“I don’t want your pennies, frotch! Get out!”

He pushed her away from his stand, into the streets. She stumbled, lost her balance, and buckled over. The loud crack from her head hitting the dirty cobblestones rose over the noisy crowd and drew a sudden and frightened attention. The boy started to cry.

“Quit your blubbing, ya Mcnugget”

The nearby shoppers and street vendors paused their dealings momentarily, and stared in shock at the aftermath of the

dispute. The mother held her head and slowly sat up, turning away from the sweet seller, trying to wipe the street scum off of her dress.

She collected the groceries that had scattered across the street, and reached for her boy’s hand.

She stepped in to the cramped apartment, only a little tighter than the crowded streets they’d just come from. She washed the groceries and started making soup for dinner. Her husband, a tall, red bearded man with full Irish blood and hands roughened from work, arrived after 8 o’clock. He lumbered in, still reeling from the day of work and from a pint or two after. He stumbled to the kitchen table, where her boy and a number of other families sat eating. Finally, after eating his fill, he looked up at her and noticed the bruise on her head from that afternoon.

“What happened here?” He asked, not in shock, but in definite curiosity.

He stood and touched her shoulder gently. She turned away, to the kitchen.

“It was nothing, really. I only forgot where I was.”