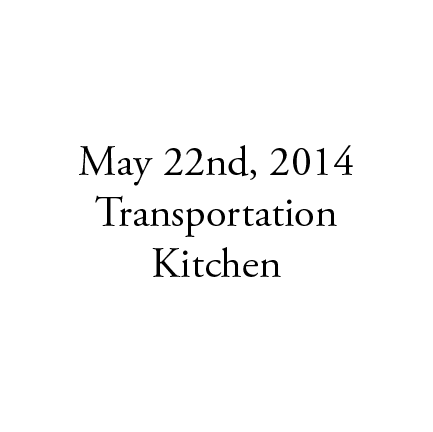 I had an amazing idea yesterday. Illustrators are always looking for the next amazing idea that can spin into a project and can absorb their time like a dry sponge, but I’ll get to that in a moment.

I’ve lived in New York City for three years now – I hit the three-year mark last week and celebrated my time in the city that never sleeps by, well, finally getting some sleep.

But after being in the city for three years, there are small things that I latch onto to take my mind off of the discomforts of such a foreign place. The ring of a subway entrance, the automated droll of the “Stand clear of the closing doors, please” and then that glorious ‘ding’, that I swear I will probably hear in my sleep when I’m eighty years old when I’m dreaming of my younger years, when I was in my prime.

But the one thing that I always come back to under the dark fluorescent hum of the grimy subway stations is the map. With the different colored subway lines all running in and out and through Manhattan like veins in a body, pumping the life-giving oxygen of people and problems and pain and maybe a little bit of prosperity here and there through that ridiculously over-populated island. My eyes study the map like I’ll be graded on it, and I try to remember each and every stop on all of the different lines like they are ingredients of some kind of recipe. If I can just add the right dose of a seven train, the right amount of R line, and bake until the local 33rd street stop on the six train, well, I might have something that’s worth enjoying. And so if you happen to see me on a subway platform, waiting for the next train, I’m probably not actually there – I’m probably lost in that map, in that kitchen where they make transportation sandwiches and serve them on fluffy white Metro North bread, along with a side of crispy Select Bus Service.

Foolishly, I think that if I stare at this map long enough, and stay in this kitchen full of transportation ingredients that maybe I’ll figure out where the hell I should go. But that’s not what a map is for, is it? Maps don’t tell you where you should go, or what train to take, or what stop to get off of – they only tell you where you can go. And sometimes, they don’t even tell you that.

I promised something about an illustration project, didn’t I? Oh yes, I did. When I first moved to the city, I was certain I would stay. For at least a little while. When new acquaintances would tell me that New York is full of transients who come and go after a year or two, I would smile smugly and exempt myself from this category of people who couldn’t commit to a place or invest in a city.

But things changed. They always do, don’t they? It sure as hell wasn’t part of my plan, but what fun would life be if everything went according to plan?

So I packed everything up and became one of those transients that all of my New York friends and acquaintances warned me about. I moved back to Raleigh, and even though I spent four years in that side order of a city, when I returned, it tasted like foreign food with ingredients that I’d never tasted before. So my mind wandered back to those tiny ridiculous comforts that I never thought I’d miss – the ones that I thought I’d be glad to escape. I found myself saying: “Stand clear of the closing doors, please” and kept expecting the ‘ding’ whenever I saw a pair of automatic doors slide shut. And it would take me right back to my younger years, when I was in my prime. But most of all, I missed that map.

What kind of city lives without that array of colorful veins pumping ridiculous life through it’s convoluted flesh? What kind of city can claim a city full of ingredients, when the most colorful thing it has is a grey highway called 440?

So I drew my own map. I redrew Raleigh like it was my kitchen, and I had just gone shopping for new ingredients. I added a dozen subway lines running all through Cameron Village, downtown, out to Capital Boulevard, past 440 and out to Glenwood, then back to Wade Avenue, and back down toward Cary. I drew my own subway stops on my own map, and they stopped wherever I wanted them to stop. All the places I wanted to go were there – All the places I could go stared back at me, like ingredients waiting to be added and combined into something familiar and worth savoring.

I drew and drew until my pencil ran out and the paper smeared and all of the subway lines that I’d invented blended together to form a pile of spaghetti trains, spilling off of the plate, sprawling across the once-suburban landscape of North Carolina’s capitol side order of a city.