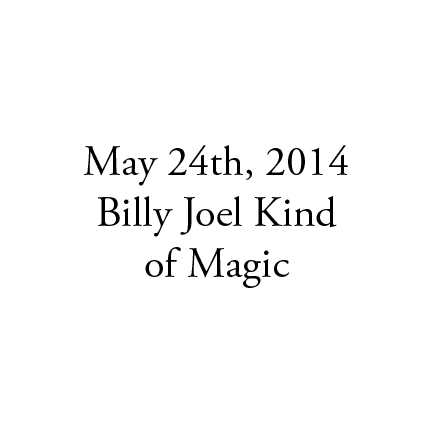 I was dropping my friend off at his place, but we were stuck in the cobwebs of the bloated Los Angeles traffic, thanks to the Democratic National Convention being held in the city. As we waited for the traffic to budge, he turned to me and began explaining a kind of magic that he claimed to have discovered. Of course, I didn’t believe him. What kind of wacko claims to have discovered magic? I admit, he always struck me as a little strange – a little far fetched, a little ‘off’, a little spacey or fruity or – I don’t know, pick an adjective and it will probably apply.

Magical magic. I never would have guessed.

I was absolutely not about to try it. Magic doesn’t exist. I didn’t know what my friend had discovered, but I assure you, it was not magic.

“What does it do?” I asked, cautiously, trying to not encourage him, but possibly amused by his certainty.

“Anything.” He started. “Anything you want. Yesterday I tried to read someone’s mind, and it was crazy, I actually got to-“

That was all I heard – I’d gotten really good at tuning his voice out and turning his volume off. I nodded and smiled and checked my phone. A text from my brother popped up:

Dude – Billy Joel’s gonna be at the Staples Center on June 7th. Why did we not know about this? Think we can get tickets for dad?

I borrowed my focus from the self-proclaimed magician in beside me who was still waxing about the effects of his magical powers and read the text message again. My wacko acquaintance found a crack in my concentration, and his words seeped in:

“How? It must be sold out already.”

He cracked a wide smile that I was sure he’d stolen from either a medieval court jester, the Cheshire cat, or Jack Nicholson himself.

“You want me to get you tickets?”

I pocketed my phone and shook my head.

“You’re missing out, my friend.”

The show was sold out, as I’d expected it to be. Tickets were being resold at a pretty price. Dad loved Billy Joel, but his health dodged in and out like a flip-flopping politician, and the last thing I wanted to do was put a pair of concert tickets on the table next to my dad’s hospital bed while we waited for blood tests like election results.

The next time I saw my wacko magician friend was the hot, sunny morning of June 7th. He stopped by my house just as I was leaving to visit my dad in the hospital, just as we’d expected.

“I got you an extra ticket,” he said, with that stolen grin of his. “You wanna come?”

“I can’t.” I said, responsibly and anti-climactically. “Dad’s in the hospital.”

“Damn.” He said, wiping the smile off of his face and replacing it with a frown that looked like it was stolen from George Clooney. “You want me to heal your dad with magic?”

I looked at him, quizzically.

No, go fuck with someone else. I wanted to say. But instead I just said:

“No, thank you. Enjoy Billy Joel.”

He handed me his condolences, hopped back into his dumpy convertible, and drove away. I headed to the UCLA Medical Center.

When I got there, dad was asleep in the hospital bed. I sat bedside him and watched him until he woke up.

He woke up slowly, and rubbed his eyes, mercilessly. He asked me what I did that morning, what I was planning to do that weekend. If I was going to go to church or not. He looked like he had something to tell me, but he kept quiet, like he was keeping the ballot results to himself.

I told him about my wacko magician friend, but not about the Billy Joel tickets. He chuckled at my friend’s eccentricities, and denied my attempts to change the subject.

“Do you believe in magic?” I asked him, finally.

He laughed, like I’d just asked him if he was running for president, and tried to muster a whole-hearted smile.

The conversation finally moved on to other things. He’d heard about the Billy Joel concert, and asked me to put on some music. I pulled out my iPod and started dad’s favorite song, Billy Joel’s ‘You May Be Right”. The over-enthusiastic electric guitar flooded the room and trickled into the hospital hallway, out of place, like a Republican at the DNC.

The song trailed along, but my dad cut it short, and the silence was actually more out of place than the music had been. He looked off into the corner of the room, like he was gazing out over a crowd of voters and fans. He whispered in a hushed tone:

“I would’ve liked to see him play. That would’ve been neat.”

I looked at him and nodded.

And three months later, like a candidate who pulled out of the race because he hit his peak too early, he was gone.