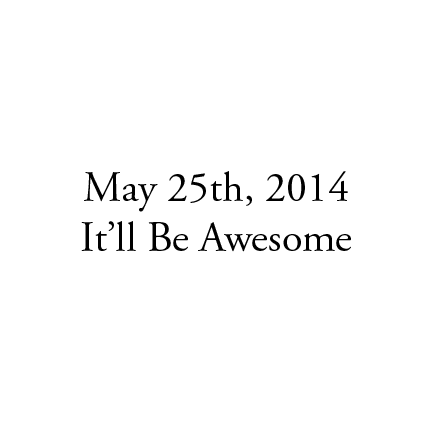 He hunched over his laptop, laser-focused, his thin arms draped over the arm rests underneath a faded ‘Captain America’ T-shirt. He typed quickly, almost frantically, crafting a world filled with orcs and swords and mutant viruses and a race of creatures that he’d invented himself called the ‘Oruleks’ – nasty creatures, those Oruleks.

Beside his computer lay a stack of screenwriting books, dog-eared, with notes scribbled in the margins. But screenwriting books can only cover so much. And most of them leave out one of the most important aspects of a complete screenplay. Screenwriting doesn’t end when you finish the script – No, it’s only just beginning.

He tapped on the keys, faster and faster. Such an intense scene! Mercedes, the beautiful orphan lover of Graylin, the sword-wielding hero, runs to escape Granuk, the chief of the Oruleks!

Yes, screenwriting is just the beginning. The trick that most books leave out is casting the right actor. He’d already gotten an actor to play Graylin – himself, of course. He’d been working out to every day (okay, almost every day) to prepare for the role, but he was still as tall and lanky as he’d ever been.

He’d already cast Roustenberg, the evil chief merchant of the town of Orfendale – His friend Jonathan would be pretty good at that part – He had the dictatorial demeanor that could easily be molded into an evil businessman, hell-bent on destroying the small medieval town for his own gain – perfect! He thought.

He’d cast Granuk, the chief Orulek – Trey would be great for that role, he thought. I mean, Granuk is basically an offensive lineman of the Oruleks, so it works perfectly.

The other roles were pretty small, and he was pretty certain that his friends would be lining up just to be involved in the project, so he was okay with waiting until the week before or so to cast those roles. There was just one role that hadn’t quite been… confirmed.

But he’d asked her – and was now just waiting on a response. She’d be the perfect Mercedes – I can’t think of anyone else who could play her as perfectly as Stephanie.

Stephanie was a couple years older than he was – She had the maturity of a loving mother, but the naiveté of a homeschooled freshman at a public high school. They’d known each other forever, and she’d always helped him out when she could. Just last fall, she’d agreed to go to prom with him when his date had to back out last minute. That was when he got the idea for ‘The Blood-Red Plague’, the first book in the Legend of Archanian trilogy.

It wasn’t quite a trilogy, yet. He was just working on the first book now, but realized that it might be best to make a short film as a proof of concept, so everyone could see how awesome it was. Just wait! He thought. It’s going to be awesome. Especially with Stephanie.

He checked his phone – She’d promised to call and tell him what she thought of the first ten pages of the script. He rubbed his eyes, bleary from another late night of writing. It’ll all be worth it. Just wait!

He darted his eyes away from the screen up to the Ant-Man poster on the wall above his computer. He ran his hands through his awkwardly buzzed hair and yawned. His cell phone buzzed. Caller Id. Stephanie.

“Hi Stephanie,” he burst with too much enthusiasm. “What’d you think?”

“I’m good! Just working on this screenplay. It’s gonna be awesome – I’m working on a scene with you and Granuk, who’s the chief of the Oruleks. Trey said he was going to play him, and we’re gonna have this awesome fight scene where you’re wielding dual swords. And- Oh, it’s gonna be sweet.”

“That sound cool.” She said. So calmly, so nurturing. So patient. “But I actually wanted to talk with you about scheduling.”

“Oh-“ He said, not defeated, with a curious twinge in his voice, still reeling from the action scene playing in his head. “What about it?”

He frantically opened his sketchbook where he’d planned out the entire shoot. Before summer camp, after volunteer week. Trey would still be free, because football camp didn’t start until the following week.

“Yeah.” She sighed. “I don’t want to miss out either. But I’m gonna be doing student teaching on the week of the 17th. The 6th through the 17th.”

“I’m really sorry. It sounds like a lot of fun. I probably need to be a little less busy and focus more on the important things.”

There was a silent pause. He bit his lip and let his eyes wander across his room, as if searching for the words to say, or for an opening in her busy schedule, but instead his eyes only fell on his collection of X-men action figures.

“I’ll try and think of a friend of mine who could take my place,” she offered, encouraging. “I know a couple of girls in my acting studio who are looking for some projects this summer.”

“I will. Oh, and keep up the good work on the script!”

He lowered the phone. The call screen faded to his cell phone background – an image of Iron Man in an intergalactic battle. He put his phone down and turned back to his screenplay.

No words came to his mind, and he slammed his laptop shut.

It’ll all be worth it.