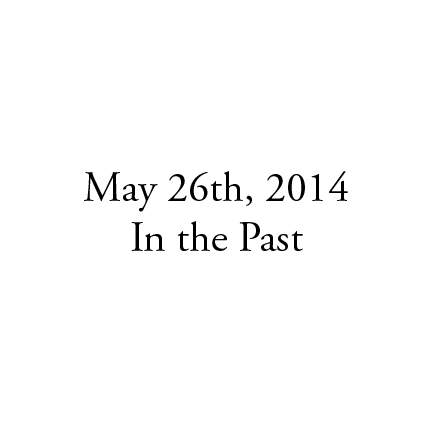 I wandered into an old antique shop on Main street, the kind that smells of musty books and sounds like a library with hushed voices and old ticking clocks. I’d never seen this store before, even though I thought I’d seen almost every shop on Main Street.

I slowly waded through the museum of odds and ends, the plethora of ancient novelties and toys: Dolls whose dresses were frayed, toy soldiers with the tips of their rifles missing. Way too many vinyl records of musicians and bands that nobody knows about anymore, and of course, a couple of records by Bob Dylan or the Beatles that are put on display.

And then, over in the corner, a collection of trinkets: Keys, coins, button, pins, badges, ticket stubs, negatives, stamps, and the like.

But as I cautiously crept through the zoo of former belongings, give-aways, attic-stuffers and inheritance loot, something caught my eye.

Behind a thin wall of glass, a line of antique cameras peered at me, as if waiting for someone to press their shutters and capture me in my curious gaze. Kodak, Canon, Nikon, Polaroid, Brownie.

I looked around to make sure the shop owner wasn’t watching. He wasn’t, so I slid the glass aside and picked one of them up. The Polaroid stood grand and worn from it’s glory days of instantly spitting out a passing moment. The lens looked at me like an all-seeing eye that was trying to pierce my soul. I turned it around in my hands, faced the storefront, held it up to my eye and peered through the viewfinder.

But instead of showing me an empty storefront, it showed me a soda shop, bustling with activity. I gasped and lowered the camera.

I picked up the Kodak and peered through the viewfinder. No antique shop appeared, instead, an image of a beautiful woman next to a man dressed in uniform.

I put the Kodak aside, and lifted the Nikon to my eyes. The same thing happened, except it showed me a photograph of a house in the 1960’s, faded colors and yellow ribbons.

The Canon, same thing; this time, a couple of kids, hanging out with a guitar in the back seat of a VW van.

The Brownie; a group of gentlemen, posed for a portrait in front of an old building, all of them suited, tucked and tied to perfection.

I looked them all over, afraid to touch them as if they were snakes with photographic venom waiting to sink their fangs into me. I picked up the Polaroid again, slowly and cautiously, and noticed that there was still one photo left to take.

I glanced around the shop again. The shopkeeper was nowhere to be seen.

I took the camera and pointed it at myself, and released the shutter. The box whirred and snapped as the film cartridge released and pressed the photo out, ejecting a card of photo paper. I marveled at it and waited for it to develop.

“Are you buying anything?” The shopkeeper appeared out of nowhere.

I slid the photo underneath my palm and to my pocket.

“For the past, or the future?”

“Hmph.” He muttered. “Right, right. If you wanted the future, you’d go to an Apple Store, wouldn’t you?’ He smiled and shuffled away to some back room behind the counter.

I waited until he was out of sight, then pulled out the polaroid.

I looked up at the counter and saw the ‘Ring for Assistance’ bell. I rang, and the shopkeeper arrived promptly.

“Do you have any more film for this camera?”