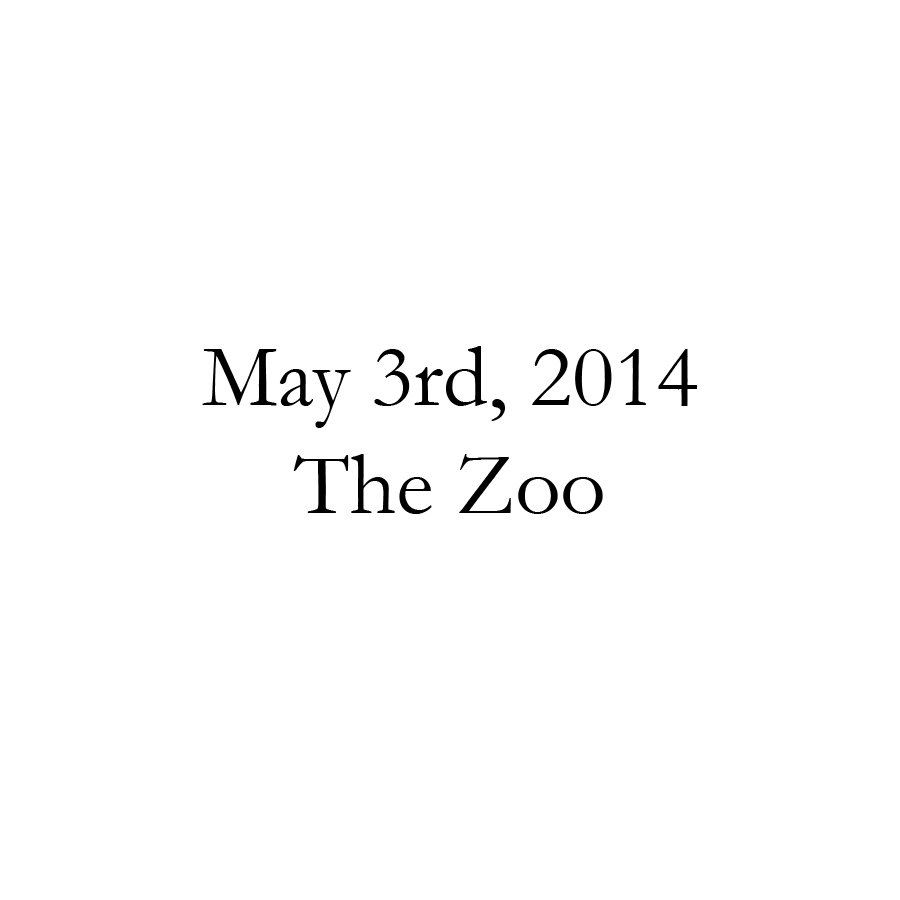 I got a small glimpse into my future today, although if you’d asked me yesterday, I would’ve disagreed and argued with it. It was the kind of glimpse you might get when you see something out of the corner of your eye and turn your eyes to look at it with rapt attention, and yet, it’s a little bit too fast. You miss it, but you pretend like you saw it.

I went to the Bronx Zoo with Rosetta. Our time was ticking down like a soccer match and neither of us knew how much stoppage time would be included. And each time we passed a new animal, we each felt a small obligation to say something about it, and yet each time we felt like we needed to say something, our future weighed down on us.

“What are you going to do after New York?” We’d asked each other so many times.

“What are your plans after you graduate?” I’d asked her, more than I probably should have.

“Are you going to get a job in the city after your internship?” She pressed, almost every time I saw her.

And as we passed animal after animal, the questions surfaced in our minds, begging to be asked again, but we both knew that we didn’t know the answers.

The problem with the future is that it’s not in a zoo. It’s not kept behind a pretty cage in a nice exhibit with some fake rocks and a waterfall, with a sign outside saying “This is the future” along with it’s Latin name and map of it’s natural geography. The problem with the future is that it’s a wild animal, and it roams wherever the hell it wants to. It preys on whatever it wants, and it spreads wherever it wants. There’s no holding it back, and there’s no taming it.

I began to be tempted to think that it might be easier if my future was a caged animal in a zoo, where I could take my friends and my family on a Saturday afternoon and show them just what the future held. Rosetta would never have to ask me again, and I would never wonder. Children from all over would come to the zoo and look at it, and laugh at it, and imitate it, but they’d never have to fear it, because after all, it’s caged in a zoo. And teachers from classrooms in the city would take their students on a field trip, and tell them about how the future used to rule the jungle, how it was once the fiercest of animals. And they could peer through the cage and wonder what the hell happened to it to make it like it was today.

But they’d never have to fear it, because after all, it’s in a zoo.

So when I caught a glimpse of the future today out of the corner of my eye, you can imagine my surprise, because I thought that my future only existed in the zoo.