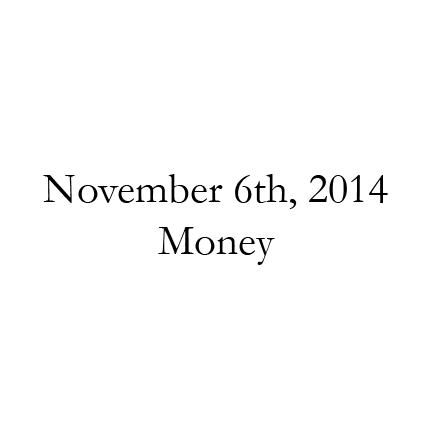 A consistent ray of light poured into his bedroom, and he slowly rolled awake. He liked the idea of waking to sunlight pouring through his windows, like a responsible millionaire entrepreneur. But he hated being awakened by light. There was nothing responsible, or even healthy, he felt, about waking up that way. And besides: the sun only started to shine into his room at 11am, which was far too late to claim that he was disciplined.

True, he could have easily moved his bedroom to another room in his house. There were dozens and dozens of rooms in his house. He didn’t like to think about that, though. When he’d bought the house, it had seemed like a good idea. What else was he going to do with all of his money? Buying this monstrosity of a mansion seemed like a good way to start to spend his infinitely bloated bank account. But when he moved into the house, he had absolutely no earthly idea of what the hell to do with all of those rooms.

So, of course, he did the obvious thing: He bought an absurd amount of exorbitantly priced furniture and filled his rooms to the brim with gaudy décor and stylish design trends that he got out of the latest overpriced design magazines. He bought and bought, until his rooms were almost as full as his bank account.

The sun had already started to creep across his bedroom, and he pulled himself out of the silk sheets. He stood and walked to the spacious, satin-tile bathroom. He looked in the mirror. He shrugged.

He walked down the long, elaborate hallway, and passed each room, one by one. He glanced inside, and tried to imagine each of them full of people. Excited, social people. Not those boring fucks who nod and smile.

His gold-plated iPhone rang, and he hurried to pick it up, wondering who the hell it might be.

“Hello?” he muffled, out of breath, but excited to receive the call.

“Hello, is this Mr. Davenport?” an almost robotic voice recited.

“I’m calling from the National Secure Investment Foundation, and we’re — ”

Davenport stopped paying attention. He should have known. Why didn’t he know by now? Telemarketers swamp toward money, like flies to raw meat.

He put the phone down and let the telemarketer keep talking.

He knew a few ways.

He shaved, dressed, and then called one of his friends.

“I’m having an event,” he said. “Invite everyone. Yes, everyone.”

The Southern California heat drifted and approached willfully, meandering, as if it had nowhere else to be. The day of the party approached, and Davenport hired an army of decorators and caterers, craftsmen and entertainers. They bustled and swarmed in and out of his mansion. Davenport stayed in his room, and tried to figure out what in the world to wear. Finally, as the guests started to arrive, he put on the exact same thing he’d worn the day before and walked downstairs into the foyer of his looming mansion.

His rooms finally filled with people. He looked around, and a feeling of warm fulfillment grew in his chest. He wandered into one of the rooms and smiled at a woman. She had subtle, Cleopatra eyes — nearly venomous, but enticing nevertheless.

“What do you think of the place?” he asked.

Maybe that was too forward. Hm.

Maybe he shouldn’t have asked her what she thought. Maybe —

“Crazy. Fucking insane,” she said. He smiled. “Whoever owns this place is a psycho.”

His smiled fled so fast that his face forgot that he’d ever even had one.

She smiled at him uncomfortably, with the hint of a cringe at the corners of her expression. His eyes glanced around.

Everyone was excited and social and energized, except for him. So he reached into his subconscious, grabbed a scoop of social enthusiasm and force-fed it to his brain.

“Ha. Yeah! Whoever owns this place is a psycho! Like Norman Bates psycho. Or Patrick Bateman. Man. Absolutely F-ing crazy.”

The Cleopatra girl just looked at him and gave him another almost-smile.

“I gotta — I’m gonna get another drink.”

The party ended, as most do. Davenport sat down in the middle of the expansive atrium. Confetti and crumbs dotted the vast, marble floor. He lay on the cold floor, and fell asleep.

He awoke — not to the sunlight, but to the violent ring of his gold plated iPhone. He answered, groggily.

“Hello, is this Mr. Davenport?” the familiar recitation began.

Davenport shut his eyes. He grimaced.

“I’m calling from the National Secure Investment Foundation, and we’re interested in talking with you about a valuable investment opportunity that — ”

Davenport let his mind wander and the poor telemarketer’s words blurred into the bright, Southern California sunshine. His thoughts waded through the night. Past Cleopatra, past his grossly over-designed furniture and the army of caterers. The telemarketer’s voice rambled on and on until —

“What’s the name of your company?” Davenport asked.

“No, no. The telemarketing company. What’s the name of it?”

There was a long silence.

“Well, Michael. When I buy the company that you work for, would you like to work for me instead?”

Davenport bought Call Tone Telecommunications, Inc., and changed the name of the company immediately. He hired a score of new marketers, and fired a score more. He wrote a new, comprehensive guidebook for every employee on the phone. New discussion tactics, new conversation strategies, new call schedules and operating methods. On the first day of the company, he arranged the entire workforce to meet in the main office room. All two hundred and eleven employees gathered around. Michael stepped to Davenport’s side and tried to snag him before Davenport addressed the crowd.

“Not now, Sanders, we’ve got to get things rolling, right?”

“Uh, yes sir. But I…well, I had a question about the call manual.”

Davenport turned to the crowd and pressed the microphone to his chin.

“Ladies and Gentlemen, thank you all for being here this morning. We’re about to start something amazing, and I can’t wait to begin that journey with you.”

Michael recoiled as Davenport’s voice echoed across the cubicles.

“Telemarketing is about asking the right question. And there’s only one question we’ll be asking anyone.”

Davenport picked up a phone on a desk and opened an operating manual. He dialed one of the numbers. The crowd of employees waited and watched, anxiously. The phone rang over the speakers, so everyone could hear. Finally, someone picked up.

“I’m with a new organization, called the Davenport Foundation, that is focused on your local needs and community enhancement. Would you be able to answer one question for me?”

“What the fuck is the meaning of life?”