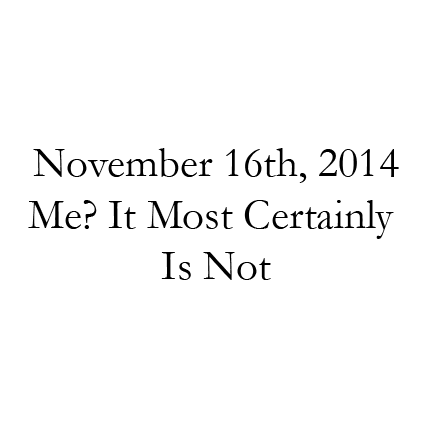 Please be aware that this story contains harsh language and sexual references.

There’s a specific reason that time works the way it does. You can only look back; you can’t look forward. Why? Because it would freak you the hell out, that’s why.

I stopped thinking much about the future last year. After that stupid movie rocketed me to this really weird status of… well…a “sex symbol,” the future never tapped on the door of my thoughts again. And if it did, it sure as hell wasn’t loud enough to drown out my fans.

Fans. Holy fuck. Somehow hordes of rabid fanatics grew and swarmed and chased after me. Maybe that’s one of the reasons why time doesn’t allow you to look forward. My thirteen-year-old self would’ve freaked, and honestly, I’m not sure it would’ve made much difference, because I’m twenty-three, and I reacted in the same way.

But I’m reassured, by everyone, that really, it’s all okay. This is how things are supposed to be, and that I shouldn’t worry. I’m on the cover of a fucking magazine. I got nominated for a fucking Oscar, and I’m twenty-three fucking years old.

“You’re doing great,” Edgar told me, when they cast me in his newest film. “They love you.”

They try and tell me that it’s not luck, and I do a good job of believing them. I work fucking hard at what I do, and magazines and newspapers and interviewers all want to hear how I busted my ass to become Hollywood’s latest twenty-three-year-old movie star. It makes a terrible story to just tell them that I got lucky. Luck makes for terrible headlines.

“They love you,” she told me, after the Vanity shoot. “They really love you. The boys are going to flip at these pictures, you know.”

I started to say “thanks,” but wasn’t sure if I meant it, so I just laughed it off and nodded. They plastered those pictures all across the Internet. And she was right — the boys flipped.

But that shoot landed me my next role, the one that my thirteen-year-old self never would have believed I could get. Maybe that’s another reason why you can’t look forward into the future.

The film won me a fucking Oscar.

I thought that being swarmed by fans terrified me, but that was nothing. Try being congratulated by the movie star you used to watch when you were thirteen years old.

“Congratulations, darling. You rocked it out there. You did great.”

There’s a specific reason that time works the way it does. You can only look back; you can’t look forward. Why? Because there are things your thirteen-year-old self would never let you do, or say, or become.