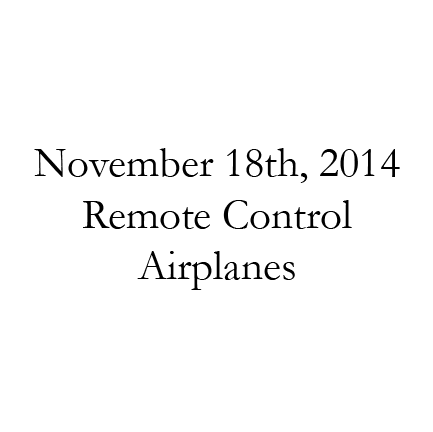 The cold, dry air laced my skin and face and hands. When I first returned, I embraced it. Being away from civilization had stripped the memory of New Jersey’s low temperatures and dry air from my mind. I never thought I could, but I’d begun to miss the warmth of the pacific sun.

I sat up, blinking in the morning light, and looked out the window.

The plane that rescued me arrived without warning and without premonition. I remember collapsing when I heard their voices for the first time. Three years of only my own words to keep me sane produced a terrifying shock when I heard another human voice again.

My return was celebrated with every joyous reunion imaginable — my friends and family, three years removed, resumed their roles in my life, taking back their places in my life like royal standards in an empty battlefield. My return drew old friends and distant acquaintances out of the walls and the cracks in the floor.

I stood, stretching; my body still not used to the comfort of a mattress, the soft touch of a cotton sheet.

But neglecting to return a phone call never encouraged anyone to pay closer attention, and I found myself further away from civilization than I thought I’d ever be. One by one, my friends returned as well — they returned to their own jobs and their own families, and starting pouring their attention back where it probably belonged. My family three years removed became my distant relatives four years removed. I grew like moss on a rotten branch of the family tree.

That afternoon I drove out to my parents’. My father was at work, but my mother invited me in and tried to make me feel at home. I offered her my stilted words, brief and shriveled. I watched as every attempt she made at conversation slipped between my fingers and fell like sand onto the old, yellowed living room carpet.

“Step outside and look at what your father’s done with the garden,” she said.

My father loved gardening, and committed himself to it, despite my cynicism regarding its meager benefits. Every summer, he’d carry a half-empty basket of shriveled vegetables to our kitchen table, along with a runt of a thorny rose, courtesy of the stale New Jersey soil.

I observed the derisory excuse for a garden. The rose bush had remained sparse: a single triumphant rose stood as if trying to declare its existence to the rest of the world. I stood, silent and still for minutes, until my mother approached me. She offered me more words and conversations, but my clumsy fingers dropped them all. Finally, she surrendered, and turned to the garden.

“Some kids were flying one of those remote controlled airplanes last week. See?” She pointed. “It snagged in the tree, up there. See it?”

I looked, then stepped forward.

I reached up and grabbed a branch. The branch slipped, and I fumbled. I collapsed into the roses, onto the lone, victorious rose; it snapped, loudly.

I stood quickly, and tried to put the plant back together, propping it up on itself in a poor arrangement of sticks and twigs.

I picked up the broken rose, and the thorns stuck the tips of my fingers.

“Here, give it to me. I’ll graft it back together, and he’ll never notice.”

I handed her the rose and cleaned up the other branches.

The next morning, my father called me. I let the automatic recording on the answering machine replace my voice and start the conversation with my father, once again, instead of me. He invited me back to the house that evening for dinner. He asked if I’d applied for any jobs — mentioned they were looking for Aircraft Technicians down at Short Hills. He asked if I’d gained any weight back. Then he ended his call, with the same “Okay, okay, seeya,” that he always did.

I walked to my bedroom window, overlooking the crooked teeth of that New Jersey city that had opened its maw to greet me. I looked down at my bare, emaciated chest, dark from years of sunburn.

I hadn’t applied for any jobs. I hadn’t gained any weight back. I put clothes on and drove out to my parents’ house, once again.

My dad tried even more valiantly than my mother to offer me pieces of a conversation, and his enthusiasm encouraged me to accept them, but I found no way to patch the pieces together. He led me to the garden and began to explain the intricacies of growing carrots and tomatoes. My eyes wandered to the far edge of the yard, near the fence, where the barren, empty rose bush struggled awkwardly to stand erect, the lone rose’s absence prominently displayed. He noticed my attention shift.

“Yeah. Somethin’ got into that rose bush. Don’t know what the hell happened, but it looks like it snapped straight off. Mighta been those kids. Fuckin’ kids.”

I nodded, and he moved back toward the house. As the bleached New Jersey sunset cast its final light on the garden, my eyes wandered to the sky.

The remote control plane hung in the tree in the exact same place it was before, perched, immovable, above us.