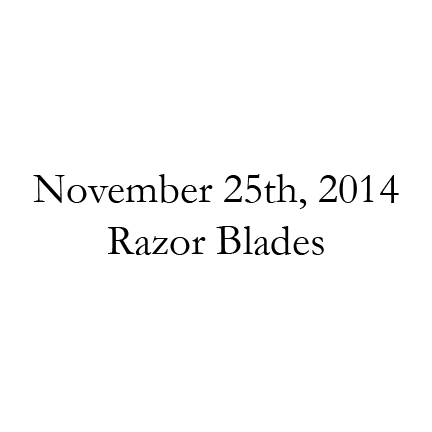 I stepped into my old bedroom. It hung in an awkward stillness, paralyzed in time, like a skeleton in a museum. A thin veil of rediscovery rose, along with the dust from days and days of respectful, elaborate neglect.

I pulled back the curtains. I’d hated natural light when I was young, when I lived here, but now my eyes drank it in. I stepped into the bright glow that poured through the window. Raw, like water.

The room appeared different in natural light: Foreign and strange, as if my mind required a dark, vaguely illuminated space to activate a memory. I stepped away from the window.

For all of my difficulty in recalling memories, some I couldn’t sand over. They’d carved their way deep into my mind.

I stepped toward the old dresser, beside my bedside table. My father had given it to me when he’d left, as if to be a strange token of apology. It was only now that I realized I didn’t need an apology from him. I needed one from myself.

I slid open the top dresser drawer and peered inside. It had been left identical to how it was when I last saw it, years ago: socks, shirts, underwear.

The next drawer: athletic shirts and gym shorts.

The next drawer: jeans and an old T-shirt.

The bottom drawer. I hesitated, then opened it. My memory drew sharper and sharper until it sliced into my reminiscence like the one thing that wasn’t there.

The bottom drawer had always held them, hidden away in the back portion of the cheap chipboard drawer. They whispered to me, begging:

I took a deep breath. I touched the corner in the drawer where I’d last seen them: the vile, bitter razor blades.

Everything rushed back to my mind, and my heartbeat swung the paralyzed silence around in the room, until it was no longer like a skeleton in a museum, but like a violent rage performed by an angry mob.

When I was young, the razor blade cut through my mind like the sun through the sky. I tried, every day, to ignore it, and shield my eyes from the blinding light. Finally, I gave up, and stared right into it.

I’d stolen the razor blades from my father. I took them into that room, that dark, stale room, and hid them in the bottom drawer, telling myself I’d never use them. They were there, just in case, I told myself. Just in case.

Finally, I opened the curtains, and let the complete authenticity of the sky’s illumination melt the razor blade’s rasp. Five years later, I returned, to see what still remained. The same curtains, the same rug, the same picture on the same damn wall. My father’s dresser was still there, even though he wasn’t.

I stood from kneeling at the bottom drawer.

The razor blades were long gone.