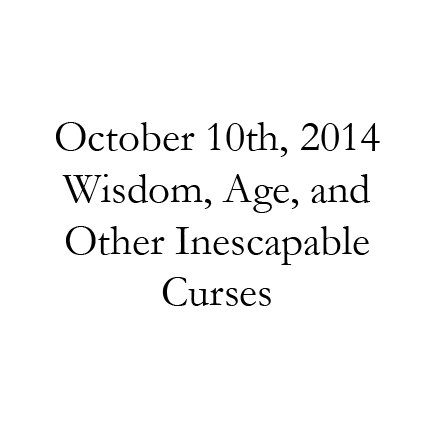 Fame isn’t something you can buy. Trust me, I’ve tried. I checked all the local stores: The hardware store that I was sure carried everything. The grocery store that sold the most unique sauces and spices. Even the pharmacy. None of them had it in stock, and a few weren’t sure what this thing called “fame” even was. I tried to explain it to the man at the hardware store, but I’m not sure I succeeded.

“You know,” I said, “It’s that thing that you have when everyone knows your name, recognizes you when you walk outside, and knows about everything you’re doing.”

But the man just shrugged, unimpressed. “Sounds like a nosy bastard to me.” He concluded. “What’s it for, again?”

I shrugged. Fame isn’t really something you can explain, but I tried, anyway.

“It’s for… It’s just so that you can… People like it when you’re able to…” I shrugged. “Well, I hear it’s fantastic. It can get you almost anything you want.”

I turned and headed out of the hardware store, to try and find a store that might have what I was looking for. I called back to him as I walked away.

“I hear that you sort of figure out what it’s for after you get some of it,” I said as I went on my way. “Sort of like wisdom, or age.”

I checked online to see if I could have a bundle of fame shipped to my door, but it wasn’t available online, either. I started to wonder how celebrities, or politicians, or YouTube stars got hold of it. It seemed like they just had it sent right to them. They woke up one day, decided they wanted to be famous, and had it sent right to their home, where they promptly unpacked it and tried it on. Most of the time, it fit. Fame has a way of fitting, so I hear. It’s rare that it doesn’t fit, but I hear sometimes it can be a little too tight or a little too loose.

The next day, I happened to catch a glimpse of a guy on the side of the road. He nodded to me, and I nodded back. He must have read my mind, because he asked me if I was looking to buy some fame.

“You know where I can buy some?” I asked him. And he did. He led me into a basement, around the corner of 12th Street, and showed me his selection for sale.

“Just a tiny bit of this stuff, and you’ll be famous—just like Jeff Goldblum, or Ben Affleck, or Will Smith,” he said.

“Wow,” I said, in awe of his collection. “How come you haven’t used it?” I asked him, curiously.

“Never get high on your own supply.” He smiled.

“Alright,” he said, pulling the fame off of the shelves and packing it up for me. “Just make sure it all fits, I can’t give refunds.”

“There won’t be any refunds necessary,” I said. “I’ve been meaning to get my hands on this for quite some time.”

I gave the guy my money, and grabbed the large box full of fame. I hurried home, anxious and excited to finally be famous.

When I got home, I threw the box open and clothed myself in fame. It felt light. But warm. There was a subtle weight to it—I didn’t notice it at first, but it felt like it was slowly adding to itself. Never growing lighter. Always growing heavier.

I stepped outside for the first time since becoming famous, and walked down the street to my favorite bar. People nodded and pointed at me, smiling with genuine delight to see me. One lady snapped my picture with her phone, and a young boy asked me for my autograph.

I got to my favorite bar, and was greeted by a crowd of people, all of whom had somehow found out that I was in the area. I tried to smile and nod and make my way to the bar for a drink, but the flock of people followed me and cornered me, pushing me around for pictures and autographs and other nonsense. I stumbled out of the restaurant, deciding that I’d make a drink for myself once I got back to the apartment.

But the flock of people followed me. Teenage girls, screaming about my smile and my voice. Teenage guys, running after me and trying to steal some of my fame for themselves. As I approached my apartment, an entire horde followed behind me. My doorman just smiled as I ran past him.

“Don’t let anyone else up!” I yelled, but of course he ignored me.

“Your visitors are upstairs waiting,” he said. “I told them you’d be back soon.”

I ran upstairs to see who the hell had come to visit me without warning. Maybe my brother and Carly had decided to stop by, or maybe Alice had been in the neighborhood and wanted to say hello. Either would be a welcome break from the mad insanity that chased me through the streets.

I looked at my phone for the first time in an hour while I ran upstairs, and saw that I had fifty new text messages. I checked my email: 137 new emails. I checked Twitter: 200,000 new followers. I checked the news, two new articles about me.

I got to my apartment, unlocked the door, and sank into the silence.

“Hey.” A quiet voice brushed against the peaceful hush. “I’m so glad you let me in, I’ve been wanting to meet you for so long.”

I looked up, a little shocked to see a teenage girl standing by my bedside table.

“I’m just here to… y’know, Get to know you. Spend some time together.” She lay down on my bed and spread herself across the mattress.

I ran into the kitchen, opened the window and darted onto the fire escape. I climbed the stairs and jumped onto the roof (which was technically off limits, but I’m famous, so what are they going to do to me?).

I looked out past the rooftops, over the river. I chuckled a little bit, and hoped to God or hell or whatever else, that I wasn’t wrong about what I said to that man in the damn hardware store:

“I hear that you sort of figure out what it’s for after you get some of it. Sort of like wisdom, or age.”