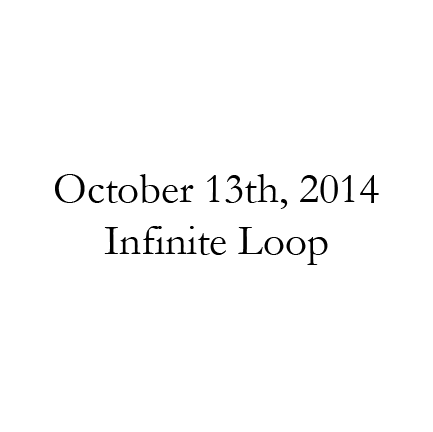 He missed the bus on the way to work one morning. It was a rare occurrence. He was punctual, for the most part. But this morning, his tardiness was aided by the fact that the bus driver had heard the night before about an event on South Davidson Street that was slated to cause some heavy traffic. Because of this radio announcement the night before, the bus driver left the stop a little bit earlier than he normally would have.

His tardiness kept him waiting at the bus stop for another ten minutes. Long enough to give directions to a homeless man who stumbled by and asked how to get to Delancey Street. He happened to be quite familiar with Delancey Street and the surrounding area, and he pointed the homeless man in the right direction.

The homeless man wandered in the direction the tardy bus stop occupant had given him. Foot traffic grew heavier, and he eventually came across a prime location for soliciting money. It was prime enough, in fact, that he gained the attention of a passing businessman, who reached into his wallet and grabbed the last remaining cash he had on him: Six dollars and sixty-five cents.

The passing businessman did not normally carry cash with him, nor was he by nature a generous spirit, but his wife just happened to have convinced him to attend a church service the previous Sunday about loving the poor, and the subject stuck in his head as he passed the desperate solicitor. The businessman hurried onward, across the street, and continued to his car. He quickly drove to his next appointment, on the other side of downtown, and pulled in to a parking deck on East 16th Street.

But a glitch in the tollbooth computer had left the attendant unable to accept credit cards. As the innocent parking attendant tried to explain the situation, while simultaneously dodging insults, the businessman grew steadily frustrated, until he slapped the car into reverse and drove around the block, looking for an empty spot.

Inside the building on East 16thStreet, a team of consultants and their clients watched the clock, waiting for the tardy businessman to arrive. The project manager received the tardy businessman’s text message, and announced to the group that the meeting would start in ten minutes. One of the client team members, the only person in the room below the age of twenty-five, checked his phone and stepped out of the conference room, returning a missed call from his fiancée.

His fiancée imagined herself to be in a much more dire situation than was reality, and managed to convince him of the same, by use of a vicious ultimatum. The young team member left the office and missed the meeting, but ultimately went on to become a happy, albeit temporarily unemployed, young husband.

The gap that the young team member left in the negotiations caused the client team to be wistfully uncertain of the consulting deal, and ultimately deny the proposition. This led the managing team of the consulting company to be rather rash during the following week, and move forward with a decision they’d been weighing for quite some time: to fire several employees.

One of the employees was relieved to hear about her dismissal, and welcomed the opportunity to find a more engaging and fulfilling career. The other employee did not take kindly to having to restart his employment search. After several months, he took a minimum wage job, just to pay the bills until he could find something more satisfactory. He began to look for other ways to cut costs, and immediately looked to his means of transportation. He stopped driving to work, and every morning, he ended up at the bus stop, waiting for the bus driver.

He was always punctual, for the most part. And every morning, as he waited for the bus to arrive, he struggled to think of anything that could possibly have as little impact, or be as meaningless, as driving a busload of people around town.