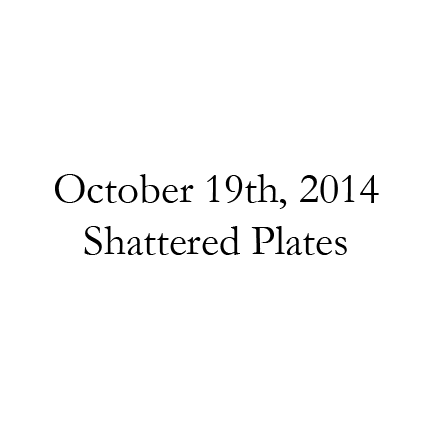 Michael wished he was riding a bike, but he wasn’t, so he just ran. He ran through his neighborhood, into the mundane labyrinth of ticky-tacky homes, driveways, and chalk-covered sidewalks. The sun, as well as his temper, poured down on him, and he broke into a sweat, growing red in the face. He burst through his front door, into his house. His mother heard him clomp into the foyer, and she ducked out of her office, where she saw him, red faced and teary-eyed.

He tried to spit some words together, but his temper warped them into a mash-up of accusations and name-callings and self-pity. His mother knelt and hugged him.

He smeared the tears across his face, and tried harder to form an intelligible sentence.

“Haden wouldn’t let me ride bikes with everybody.”

“Why not? What happened to the bike Haden let you borrow?”

“Haden said he had to have it, and then he kept riding it, but I asked him if I could have it back, but he said he was using it, and…but… I…I…just wanted to ride it.”

The cold, emotionless alert on her phone buzzed with a reminder, so she gave him another hug, then stood.

When his father wasn’t looking, Michael picked at his food and moved it around on his plate to make it look like he had eaten something. He shifted uncomfortably in his chair. The round plates on the table turned into bicycle tires, and started spinning. He paused the dinner charade, and watched placemats full of bicycle tires glide past him. He lifted his knife, and poked his plate, slowly, right between the spokes, so that the wheel stalled and the bike flipped.

“Don’t play with your utensils.”

Michael looked up at his Dad’s stern expression. Authority covered his face, but the emotionless armor held a small tear, allowing Michael to see that underneath, his father might be just like him.

“Haden wouldn’t let me ride bikes with everybody today.”

His dad took another bite and looked at Michael’s mother.

Michael’s mother started to answer, but Michael let loose a flurry of explanation:

“He wouldn’t let me use the bike that he always lets me use, and he kept riding it, and I asked him if I could ride it, but he didn’t let me. And I wanted to ride it.”

“Hm.” His dad bit his lip and lowered his fork. “Well, are you going to go back tomorrow and try and get it from him?”

Michael’s mother’s expression sharpened, but she said nothing.

The next day after school, Michael walked to Haden’s house, through the labyrinth of ticky-tacky homes, driveways, and chalk-covered sidewalks. At the end of the street, he saw Haden leading a group of boys, slightly older than Michael, into a wooded backyard. A creek bordered the fringes of their sanitary suburban neighborhood, giving those residents with enough imagination an excuse to imagine that they lived somewhere else, and giving the children a place to get in trouble.

Michael watched as the other boys raced down a hill and off a small makeshift ramp. They jumped with no helmets, which made Michael a little nervous, but a little more envious. He climbed up to the line at the top of the hill.

Haden chuckled, hardly shifting his attention from the challenge ahead of him.

“You have to have your own bike. There are too many people to share.”

Michael’s face fell, and as it did, his hands picked up a long branch. The branch was thin, but taut and strong and wiry.

Haden mounted his bike and yelled a war cry, then launched down the hill.

Michael stretched the branch out, poked it between the spokes of Haden’s bicycle, and watched him flip and drop like a shattered dinner plate.

The boys around him screamed. Some ran to help him; some ran away. Michael stood still, in shock.

A swarm of youthful vitality hovered around Haden’s tangled limbs. His bike rolled to the bottom of the hill, and he’d landed in a twisted mess. Shock melted over Michael as he slowly walked down the hill.

One of the boys looked up from Haden, and straight at Michael. But there was no accusation in his eyes. It had happened too fast for anyone to see.

Michael felt his body reacting without his consent. He watched his hands grip Haden’s bike—the one he’d wanted to ride for weeks. He watched his feet kick the pedals back into place, and his leg swing over the seat. He watched himself pedal out of the dirt and onto the clean, black asphalt.

He biked through the labyrinth of ticky-tacky homes, driveways, and chalk-covered sidewalks.