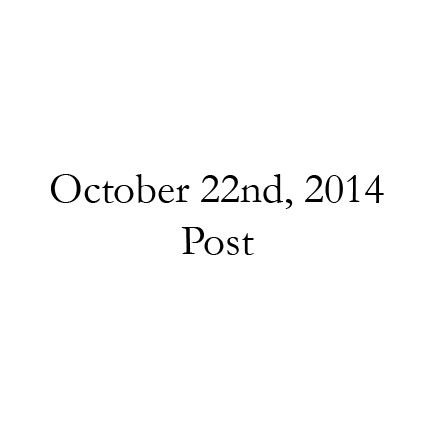 Mathis dismounted his horse and stepped through the dry, brittle brush that was strewn across the earth. He pulled the mochilla saddle from the steed’s back and meandered through the shrubs to a clearing.

Take these to Denver.

The words echoed in his head, much in the same way that they would have if they’d been spoken in the vast expanse of Colorado territory, and not in the drafty post offices in Julesburg. Most travelers just wanted to get through the wilderness as fast as they could, and get on to Denver, or pass Colorado altogether and reach Fort Laramie. But he didn’t mind the depth of the silence, or the emptiness of being alone. He was made for this. He was made to be out here, underneath the empty sky.

He camped and started a fire, then opened the satchel in which he stored the letters. More than a hundred of them. All bundled together and waiting to be delivered. Waiting to be read.

He pulled them out one by one and read the names of the intended recipients. A wax seal held each letter shut. He read the recipient’s names, one by one, and created a story for each of them.

He awoke the next morning, as the sun rose. The golden sky warmed the frost that rested on the brittle shrubs. He strapped his satchel on the horse and tightened the buckles, but paused before he mounted the steed. The silent, cold expanse breathed vapors into the sky. The horizon slowly sharpened, dark and solid mountains formed as the distinction was realized.

A gunshot rang out.

His focus was shattered and he looked up. A figure emerged, behind him, slowly slicing the distance between them.

“Who is it?” Mathis yelled, shedding the feeling of emptiness.

The man said nothing, but kept walking closer, until they were paces away from each other. Mathis studied the man uncomfortably.

The man’s tan skin clung to him, and dark, dirty clothes covered his chiseled body. His eyes were set deep in his skull, and he basked in the uneasy silence.

“You need help?” Mathis asked, tightening his grip around the post satchel.

The man shook his head, and lunged at Mathis. Mathis collapsed, and shielded his face from the man’s barreling fists, until he felt nothing else. He looked up. The man tore into his satchel, tossing out his provisions. Mathis leapt to his feet and screamed, blood dripping from his nose.

Mathis collided into him. The man spun around, twisted Mathis into the earth, and pinned him. Mathis grappled and scraped; his nails sunk into the man’s neck. Finally, the man unleashed a ferocious kick, and a snap erupted from Mathis’ ribcage. The man stood and turned back to the saddle.

Mathis breathed heavily, and felt a wave of rage wash over him. He pushed himself up from the dry, cold dust and started toward the man once more. The man pulled out a clean black pistol and aimed at Mathis’ head.

“What are you carrying that’s so important? Hm? You got something special in there?”

He opened the bag and started sifting through the envelopes and parcels.

Mathis nodded. Blood trickled from his nostrils, and he sniffed. The vagabond looked quizzically at the stacks of folded letters.

“What is this shit?”

Mathis buckled, holding his side.

The man shot a disgusted look.

The man pulled out Mathis’ provisions: Bread, water, pemmican. He tore the satchel open, and the letters fell out. The man mounted Mathis’ horse and rode away slowly, with as much vehemence as his arrival.

Mathis breathed heavily. The sun had shot up into the middle of the sky quickly, and scowled down. With one hand, he clutched his bleeding ribcage; with the other he reached for the stray letters.

The pieces of paper danced around him in the wind, as if to say:

Take us to Denver.

He stood, and answered: