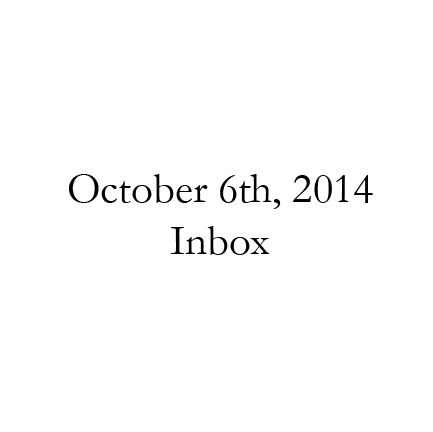 I used to end all my letters with “Thanks”, but now I just end them with “Best”, and it makes me wonder if I’ve become a less thankful person. Sometimes, if I’m writing to a close friend, I end my correspondence with an enthusiastic “See ya”. If I’m trying to seem more sincere than I actually am, I end them with “Sincerely”, as if I didn’t actually mean what I was saying, but since I said “Sincerely”, they know I’m serious.

Sometimes I end with a hearty “Cheers” and imagine the recipient reading it in a British accent. But saying “Cheers” also makes me sound like I’m enjoying a beer while sending the email, so I try to refrain from that before about 5 o’clock.

If it’s an email to a girl who means something to me, I might consider ending with a delicate “Yours”. But because I try really hard to not let my letters sound like I’m a sappy, overly romantic numbskull, I usually stay away from ending my letters like that.

If I’m trying to end the letter with an optimistic, forward-looking sentiment, I might end by saying “Looking forward to talking further.” But that can really only be used once, because if you repetitively look forward to every single email, you sound kind of creepy.

I used to send a lot of emails every day. Emails flooded my inbox, my sent box, my trash folder, and my draft folder. I had every kind of correspondence in the works, from personal, to company, to family, to private.

“Your inbox is everything!” my boss used to say, and I believed him whole-heartedly. Maybe even more than he believed himself. When my inbox was full (which was all the time), I knew that my life brimmed with something—it almost never mattered what it was, because as long as it was something, I was happy. Each email was a relationship, an idea, a friend, an enemy. Each email was an opportunity, and how I ended each opportunity told me a little bit about what it meant to me.

But correspondence is never an endless stream—my inbox, and all the security I drew from it, faded about as fast as my career did. And finally, my career sent me a nice fucking email, which ended in a sentiment that might as well have said: “So long.”

I never end emails that end in “So long,” simply because of the finality of the phrase. It’s one of those sayings that you really only use if you’re going to be gone for a long time, or you’re trying to be cute. Or both, like Douglas Adams’ dolphins.

My career bid me goodbye, and left me staring at an empty screen, clicking life’s refresh button every twenty seconds, waiting for a response. But I still haven’t gotten one. And so I don’t end my emails with “Thanks” anymore. If you asked, I would tell you it’s because I’ve started wishing the best for everyone around me.

But I wonder if it’s because I’ve become a less thankful person.