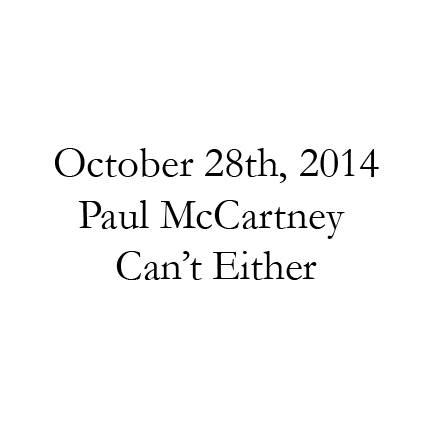 My secret led me quietly down a narrow and winding path, and gave me that feeling you get when you finally arrive at your destination, yet have no idea how you got there. Like when I used to fall asleep in the back seat of my parent’s god-awful minivan during our long road trips. We’d always stop in New Jersey, but to me, it might as well have been the middle of the desert, because I had no idea how I’d arrived there.

Yes. A desert. My secret was much like finding yourself in the middle of a desert. I kept my eyes shut for as long as I could, so that I didn’t have to confront reality and realize that I was dehydrated, burning, and slowly shriveling away. As long as I kept my eyes closed, I would be all right, because ignorance is bliss and New Jersey isn’t as bad as you think it is, especially if you pretend it’s somewhere else.

I got really used to those long road trips growing up. On my sixteenth birthday, when I started touring with a full band, I was comfortable with driving for hours upon hours. I stepped into the life of a musician and never looked back.

Every once in a while, someone would ask about it. My secret. My bandmates knew and pressured me, trying to tell me that it didn’t matter. That it wasn’t that big of a deal. I even tried to get through it, to push past it. But it gripped me, and hung over me like a grimy shadow, stuck to the bottom of my shoes.

Any time someone asked me about it, my bandmates covered for me. They said all kinds of things to slip the truth aside. As soon as we were in private, they trickled out a list of reasons why I shouldn’t try to hide it any more.

There were lots of other people who faced my incapacities, they tried to tell me. But that didn’t change my mind.

We spent years touring across the country, making criss-crosses and zig-zags across the nation, like the connect-the-dots pages in children’s books that my parents gave me during our endless travels.

On our final show of the tour, we played in an overcrowded bar in L.A. I’d been to my fair share of full houses and jam-packed venues, but this was inhumane. After our set, we scrambled behind stage to breathe, but the venue manager ushered us back out. The mass of fans swarmed closer and chanted with enthusiasm.

I started to wonder how the hell I’d gotten this far with such a vital weakness, a glaring incapacity. A gnawing fear rose in me whenever it had a chance of being exposed. Too often I tried to reassure myself that it was superficial, that it didn’t matter. But my reassurance always failed.

The venue manager handed each of us a sheet of music with notes and chords scribbled all over it, displaying our final assigned performance. The crowd’s screams of anticipation merged into an ethereal mesh of excitement and noise that sounded like traffic on the Jersey Turnpike. Deep in the pit of my stomach, that aching feeling of awaking in the back seat of a minivan in New Jersey arose in me.

How the hell did I get this far?

I stared in shame at the sheet of music. The venue manager looked at me.

I looked up at him, through the sweat of the aftermath of rock and roll, and whispered. I shut my eyes, kept them closed, and said: