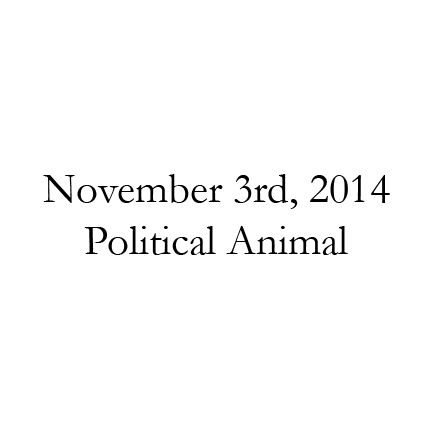 Every politician has those moments: “purges” or “venting”, when they absolutely must express all of the words and emotions that they can’t say in public. The unlucky politicians endure the shameful experience of having their long-imprisoned anger exposed by an inconspicuous cell phone or a prying devotee. I was fortunate that it had never happened to me. Anger gripped me, and drove me, even. But I never allowed my anger to see the world, or the world to see my anger; no matter how rarely it surfaced.

The infrequency of my outbursts caused my staff to wonder if I knew what anger felt like. Or if I ever experienced rage. Or if jealousy ever descended on me. Or if the bitter taste of reality painted my mind with depressive thinking. I never did.

At least, to them, I never did.

There were only two people I trusted to witness my real emotion, my vicious thoughts: my wife, and my campaign manager.

I vented to Rust, my campaign manager, every Saturday night before we left the office. I swore and yelled and wove a terrifying rug of profanities that was so ugly that I wouldn’t even put it on the doorstep of my back porch. And Rust would sit so quietly, so attentively, that I had no idea what the hell he was doing.

Rust did this weird thing when he listened to someone: He’d clench his jaw, and his jaw muscle would ripple, as methodically as one could flex any other muscle. The staff used to call him “Tetanus,” and the name stuck with him pretty well.

He’d just keep on clenching his jaw, and I’d keep on swearing.

Fuck my campaign. Fuck DC. Fuck democracy, and politics, and the fucking two-party system. Fuck this whole team. And you. And me.

Rust just sat there, clenching his jaw, waiting for me to run out of people to curse. And usually, I did. I’d sit down, exhausted and enraged, but completely out of things to say. He’d look at me, calmly, and say:

“You’re absolutely right about that. All of that.” Then he’d shift the subject to the next item on our schedule, and we’d continue, business as usual. I’d forget that it ever happened — and for him, it hadn’t.

I vented to my wife, too. But that was different. Instead of the demon of inevitable political anger possessing me, a different demon would visit. It wouldn’t happen on Saturday nights, or at the office, or on the campaign trail. It would happen right before the big events. It happened the night before the primaries.

I’d waited until my wife went to our bedroom, and I followed her. I locked the door, and lay down beside her, and then I heard my voice admit the only thing in life that pierced me with terrifying certainty, and inevitable fear.

She looked at me, and opened her mouth like she was about to try to assure me that even if I did lose, it would be okay. But then I interrupted her, before she even started.

She didn’t respond after that, making me wonder what the hell she was about to say before I interrupted her.

Interviews crowded my every minute the following day, as each reporter tried to coax words from me, offering the unfair exchange of biased questions for honest answers. At the beginning of the day, the most optimistic poll announced our campaign as trailing by four percent.

I’m not fucking stupid. I know what polls mean. I know how they work, how they bend and swell. I know the largest statistical gap that has been closed in an election like this one.

Most politicians I’ve met are not unintelligent people. Not most of them, anyway. They’re just people. But far too often, people are forced to be unintelligent, because after all, nobody votes for a politician who claims that he’s going to lose.

Aristotle claimed that man, by nature, is a political animal. My mind scavenges to find reasons to believe that we’re different, even though when I vent to Rust, I render myself as evidence of the opposite.

Maybe the ability to carry a vision of things yet invisible or nonexistent renders us solely human. To believe in things that haven’t happened yet, or to have faith in things that, though nigh impossible, are still vastly within our reach.

If this irreverent hope renders us human, then our declaration to ourselves that our near aim falls outside of our reach is the curse that renders us animals.

I returned home late, after every vote was counted. I lay down and tried to count every lie I’d spoken in the last twenty-four hours. Endless words about victory and overcoming odds. I wrapped my arms around my wife, and held her close.

I felt her words twist and bend, but her voice remained silent. She looked at me, and opened her mouth, like she was about to try to assure me that even though I’d lost, it would be okay.

But she didn’t. She never spoke, and it made me wonder what the hell she ever could have said to make me believe that I was something more than a political animal.