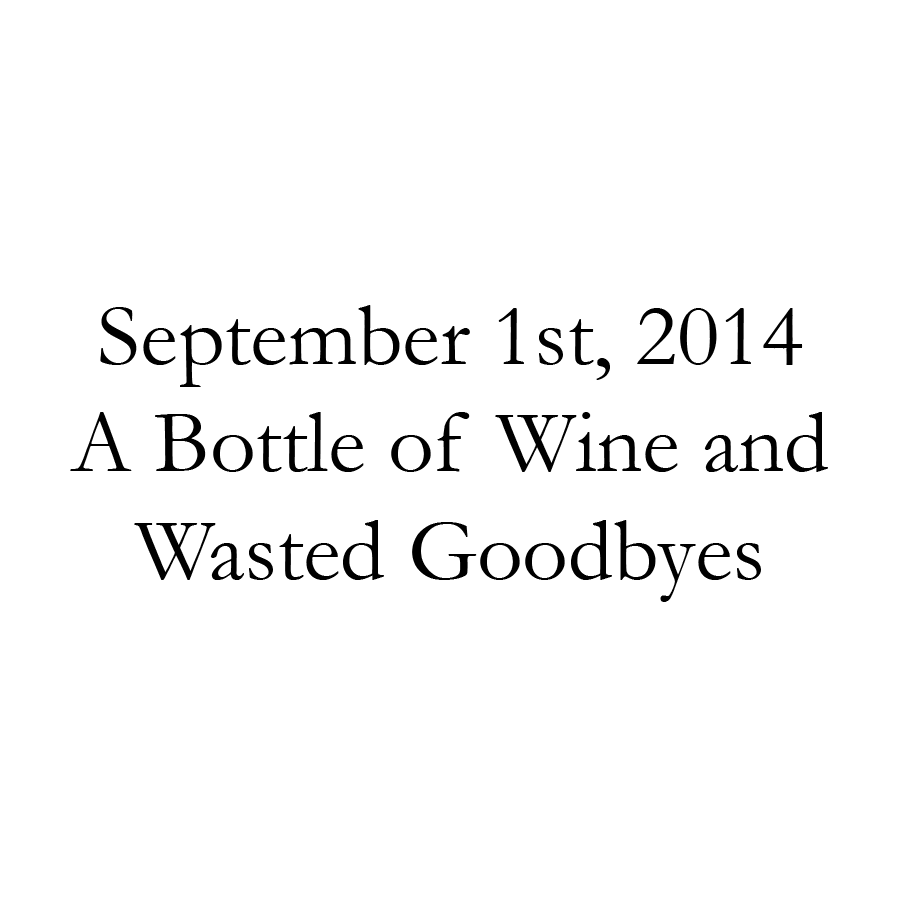 “Goodbye,” he says. But he doesn’t mean it. He’s not sure if he said it correctly, and it comes across like a botched line from a play. He’s never been good at goodbyes. He’s not even sure what it means––it’s just a word that he says to someone when he’s not going to be physically in the same place any longer. It’s a strange way of letting go.

“Goodbye,” she says, and starts to leave.

He’s not sure why the silence feels incomplete, or what he should say to give their evening a conclusion. He’s not sure when he’ll see her again, or, when he does, if she’ll be as happy to see him as he is to see her.

“Thanks for having me over,” she says.

There’s a wilted silence that swallows the evening, begging something more to be said. But there’s no script, there are no lines, there is no program to follow. There’s no reason he should say anything else. It was just dinner, nothing more. They’re friends, nothing more.

He watches her walk away, in case she looks back at him and smiles, but she doesn’t. So he walks back to the kitchen, where they shared dinner together. He washes the dishes, and the pots and pans, and the silverware and the wine glasses.

He opens the fridge and sees the bottle of dry white wine she brought to dinner but forgot to take back home with her. He takes the bottle in his hands and reads the label.

He never drinks wine. He didn’t even finish the glass he poured for himself that evening. He doubts he’ll see her again before the wine loses its taste, so he pours it out, and then tries to think of a good reason not to slam the bottle onto the floor and let the shards of confused goodbyes dissipate into the silence.

Instead, he places the bottle in the recycling bin, where it belongs. He considers the value of what he just poured down the drain, but it’s too late, of course. The sink swallows the last of the wine, the same way his goodbye swallowed her as she left, and he starts to think that maybe he shouldn’t have let any of it go to waste.

He takes one more glance at the bottle, sitting in the recycling bin, and walks away.