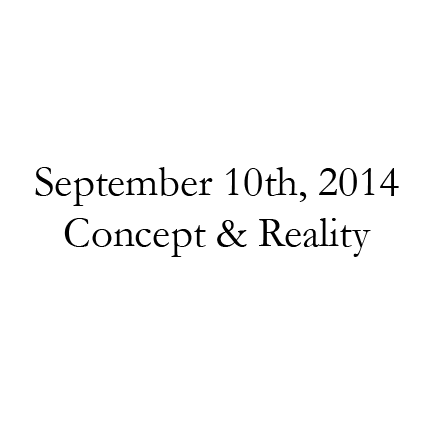 My friends used to make fun of me whenever we ended up at a bookstore, because I would inevitably find myself reading a marriage self-help book. This wouldn’t have been unusual, or even laughable, except that I wasn’t married, I wasn’t even fifteen yet, and my friends had their noses stuck in comic books, picture books, and coloring books.

If I survived my friend’s teases and laughter, and managed to skim to the end of the book, I would always be faced with the inescapably terrifying idea that marriage was, in fact, not for everyone. An entirely necessary caution, I believed: there were some people who were not meant for the concept of marriage, or more likely, the concept of marriage was not meant for them. I found that this was standard for most books about marriage. It was like the catch-all disclaimer at the end of those weight loss commercials: results may vary.

But some people were meant for marriage. I was one of those people. There was someone in the world that was meant for me, and I was meant for her. And I’m pretty sure it was Grace.

In concept, Grace wasn’t the one for me. She had dated an old friend of mine, and as a rule, I don’t date girls who have dated old friends. It gives me the feeling that they’re getting passed around, like a cold.
So she was out of the question, in concept, at least. But I find myself getting close to people I don’t expect to get close to, just like I used to find myself reading marriage self-help books when I was in a bookstore. When I’m not expecting to like them, and I’m not expecting them to like me, I end up treating them with a stripped-down, organic authenticity. And that was what happened with Grace.

I graduated from NYU, and found myself in Nashville for a job interview. In concept, Nashville was an ideal spot for me to work and live. But in reality, the only thing in Nashville that was happy to see me was Grace. She heard I was in Nashville for the weekend and sent me a message, telling me she wanted to catch up and hear my New York accent (which existed only in concept). Because I wasn’t thinking I could catch a cold in the middle of the summer in Tennessee, I agreed wholeheartedly.

After my interview on Friday morning, we reunited for lunch, at some restaurant that I can’t even remember the name of, or the kind of food they served. I led her through the streets of Brooklyn with my words, and into the subway tunnels underneath Manhattan. She decided to skip her afternoon class, and we let the conversation carry us through the Bronx, and then all the way back, across the ferry to Staten Island. We spent the whole weekend together, and I forgot that I’d come to Nashville for a job interview.

But she was still a concept. The whole weekend was a concept, albeit a cute, nice concept, until Monday morning, when I boarded the plane back to the clusterfuck that was LaGuardia airport, and felt that battle between concept and reality tear a chasm in my chest.

But concept and reality are never the same things. And slowly, over the steaming asphalt of a New York summer, I watched the concept of Grace turn into reality.

But the reality of Grace looked a lot like a Skype call. And it sounded a lot like a voice message. And it felt a lot like the unsatisfied feeling you get when you hang up after a phone call.

But concept and reality are never the same things. And my mind started to scramble for some kind of twine that could stitch them together into one piece. I tried to recall something from the marriage self-help books that I found myself reading as a misguided fourteen year old, but the only thing I could remember was that marriage was, in fact, not for everyone.

I tried to tell myself that the schism between concept and reality is bullshit, but only half of my mind believed me. That half of my mind tried to whisper to me that I make my own reality––I craft it with a portion of hope, a little bit of expectation, and a dash of brazen, unflinching confidence. But you can’t hear a whisper when you’re on the subway. You can hardly hear it when you’re standing on the street, or when you’re on the ferry. The only thing you can hear when you’re in any of those places is the sound of your friends’ teasing laughter.

At least, in concept.