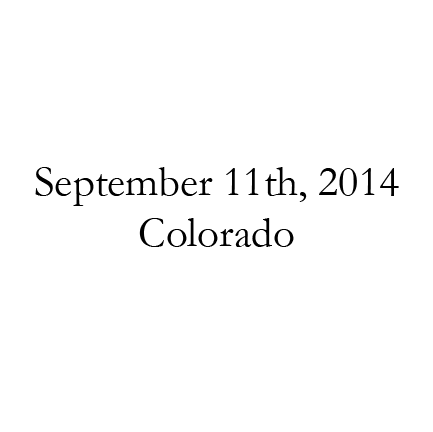 Tucker watched as a bug crawled up the smooth surface of the glass window. It raced, frantically, as if it had somewhere to be. He would have chuckled, but he didn’t feel well enough to chuckle.

What in the world could be so important for this bug to scurry so quickly?

He watched more closely, as the bug climbed nearly a quarter of the way up the glass. He wasn’t even sure what kind of bug it was. His sister would probably know. When she didn’t have her nose in a book, she was always carrying a jar with some kind of insect specimen. It was strange, he decided, that his younger sister had always been interested in bugs and dirt and little things like that. Tucker had never liked those things very much. He didn’t see a reason to pay them much attention. They were just there. There are a lot of things that are just there, he’d decided. But most of the time, he couldn’t do anything about them.

The bug skittered and paused momentarily, as if bumping into Tucker’s thoughts, and he realized for the first time that he couldn’t tell if it was crawling on the outside of the window or the inside. He squinted, and leaned forward a little bit.

Probably inside, he thought. But then he looked again, and changed his mind. If he was honest with himself, he couldn’t tell, but he knew it was either one or the other, so he took his pick and accepted the fifty percent chance that he was wrong.

He tore his attention away, shrugging at himself for paying so much attention to a bug. There were a lot of bugs in Worcester in the summer, but they’d all be dying soon, now that the summer was coming to an end. He wondered if there were fewer bugs in Colorado, since it was already getting cold in Colorado.

He knew he should get back to cleaning the dishes, or putting away the leftovers, or preparing for work in the morning, but he remained motionless. The evening air warmed the house, and left him in a lethargic silence. Colorado would be colder. And he’d feel more alive.

But he wasn’t in Colorado. He’d never even been there, so all of his wishful thinking was really just guessing. He wondered if his odds of being right were about the same as that bug being on the inside of the window. His friends had told him that the west wasn’t nearly as impressive as everyone says that it is: just really cold and empty, even in the summer. But he wouldn’t feel satisfied until he saw it and felt it for himself.

He’d planned to drive to Colorado from Worcester, Massachusetts, with Matt, his old roommate from college. Matt said he’d take nine days off of work, so that they could drive across the country, stopping at all those food joints featured in those corny Food Channel shows. And when they got to Colorado, they’d park their car, pack the bare necessities onto their backs, and set out into the raw, uncontained wilderness.

But at the last minute, Matt dropped out. He was too busy with work, he said. They would find another time, he said. He’d have more time in the spring, and Colorado is nicer in the spring, he said. Tucker tried to catch up to Matt’s pace of life, or at least slow him down a little bit, but he never could, and their trip was shelved.

The bug raced upward, nearing the middle of the windowpane. Tucker clenched his jaw and made a fist. He was still pretty sure that the bug was on the inside of the glass. A scraping resentment washed over him. He didn’t know why, or where it came from. His sister probably would cry if he squashed the bug, but his sister wasn’t there.

Tucker took his eyes away from the window, once more. The warm silence of the empty house weighed down on him, making him feel heavy, immovable. He’d never go to Colorado by himself. He’d probably never go at all. He guessed that he placed too much of his self-confidence in other people, and didn’t have enough to fill his own mind or answer his own questions.

His fist opened, violently, and he smacked the bug. But it didn’t flatten, or even flinch.

The bug crawled, racing upward, outside the glass.