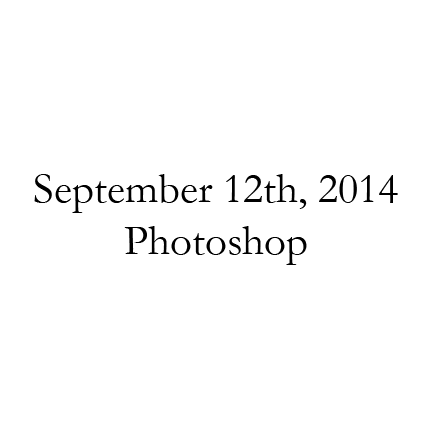 Everest took off his ring, hid it out of sight, and stepped in front of the bathroom mirror. He did this, sometimes, as if he could see what he would look like if he weren’t married, like an amputee using Photoshop to add a limb, to see what they would look like if they were normal. He’d heard about people who did that: people with birthmarks or scars or injuries using Photoshop to add or remove something about themselves that they didn’t like. But Photoshop doesn’t fix things––it just helps you pretend. Or so he’d heard. He’d never actually used Photoshop, and the only thing he’d heard about it was that it was expensive.

He tousled his hair. This is how he’d wear it if he weren’t married, he told himself. Unkempt, a little bit more edgy. He’d never let her see him like this, and of course, he’d be ridiculous to wear his hair like this in front of the kids.

He took another glance in the mirror, and quickly combed his hair back, ashamed.

You were the one who did this, he thought.

You asked her. You gave her the ring, so deal with it, and keep your promise, because that’s what you said you would do.


That’s what you said you would do.

He walked through it once more in his mind, even though he’d rehearsed it more times than he could remember. He took one more look into the mirror, and heard himself whisper some kind of insult. He wasn’t sure if it was aimed at himself, or at her, but honestly, it didn’t matter.

He walked out of the bathroom. She was in the kitchen, cooking breakfast. Jimmie and Kate had already gone to school, and she’d be leaving to run errands soon: groceries, and school supplies, and probably a trip to the department store to return clothes the kids had refused to wear.

He stepped into the kitchen, taking in the warmth of the brilliant morning light that washed into the room through the large windows. That was something they’d both wanted for the kitchen: natural light.

She could sense his presence, but she didn’t turn. She just kept her attention focused on making breakfast.

He knew what he had to do next. It wasn’t difficult. He’d rehearsed it thousands of times, probably.

Walk up to her, and hug her. Confidently, not warmly.

He took a deep breath.

Walk up to her, and hug her. Confidently, not warmly, and then tell her you need to talk to her.

He tried to envision what would happen after he told her. She’d be angry, and confused, but maybe not surprised. She’d still have to run errands, and he’d still have to go to work. But before they did, he’d insist that they decide when and how to tell the kids.

She turned to him, and shrugged.

“Well, take some breakfast with you.”

He walked up behind her and took a napkin and some toast.

He hurried out of the house, ashamed, and heated with anger at himself. He got into the car and rushed out of the driveway. He wiped his eyes, surprised, as if there should have been tears running down his face. He threw the toast out the window.

He slowed as he approached the intersection that led to his office, but took a right instead. He pulled into the parking lot of Best Buy, and hurried across the field of asphalt, accommodating the sprawl of urban shopping. He rushed inside.

“Excuse me,” he asked one of the employees. “Do you have a version of Photoshop I can purchase?”

“Yeah,” The uniformed teenager mumbled. “Down that aisle, to the left.” He pointed.

Everest walked down the aisle, stopped, and grabbed the sleek, graphics-laden box. He walked back to the checkout aisle and paid for it, then hurried back to his car.

It was expensive, but it would be worth it, he told himself.

He got to work, and put the disc in the computer. Then paused.

He’d felt this before––an erratic itch in his mind, like a whispering radio, feeding him either truths that he’d never believe, or lies that he’d already accepted. He cursed himself again and again, then took the disc out of his computer and bent it. He gritted his teeth, waiting for the disc to snap, but it remained bent and sturdy. He stopped, and caught his breath, then threw it into the trashcan.

He left work on time, and got home just as Kate and Jimmie were setting the table. They each greeted him, redundantly, and he greeted them back.

A cheating feeling collapsed over him as he sat down to eat with his family. The scraping numbness of escape scratched at the door of his conscious.

Any other man would’ve answered already.

He’d weighed unhappiness against commitment thousands of times, and every time, they came out differently. He wondered if it was the scale that he was using, or if they actually did change weight as often as he measured them. Finally, he decided, it didn’t matter which one actually weighed more, or how often they fluctuated in density. He’d decided which one weighed more, and which one weighed less, and forgot about any kind of scale.

“You got back early,” she said, as she handed him a plate.