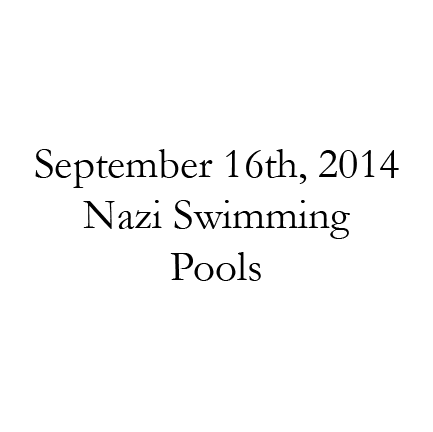 Scarlett can compartmentalize everything in her life to a degree that I can’t begin to understand.

She’s been as fierce and as stern as I’ve ever been, and just a minute later she’ll step into a classroom full of kindergarteners and instantly be christened their jovial best friend, even though she’s just there to cover a story and take the pictures. Or she’ll tell a ridiculous joke and giggle like a middle school girl, just minutes before she enters a hospital to do a story on cancer treatments by talking with a terminally ill patient. I asked her one time if her whole family was like that, but she told me she doesn’t talk about family to co-workers.

“Oh, come on,” I said, trying to get her to loosen up. “You can tell me a little bit about your family. What could that possibly do?”

She didn’t answer, of course, and I mistakenly kept prompting.

“What does your dad do? Hm? Are you going to visit your parents for Christmas?”

Finally, she snapped, and bitterly, but gently, said,

“No. My dad is in prison. And I don’t plan on seeing him for Christmas.”

That was the only thing she ever said about her family, and I never asked again.

The way she divides up her life reminds me of something from the Twentieth- Century History class I took during my freshman year of college. We learned about Nazi Germany and concentration camps. At some of these camps, there were German officers who lived directly adjacent to the prisons, and sometimes, their families had swimming pools, gardens, and tennis courts just on the other side of the prison walls. I imagined that Scarlett could separate and compartmentalize everything in her life even better than the Nazis could––keeping things so close in proximity, but so mentally far apart. But

I’d never compare Scarlett to a Nazi concentration camp officer like that out loud. I’m ashamed that I even thought about that. People don’t like it when you talk about Nazis, so I usually don’t.

I didn’t think it was possible to live a life that was so sterile and so partitioned. I always assumed there would be some blending from one area into another. Life isn’t like a photograph––it’s like a painting. The longer you live the more your palette blends into an indistinguishable mess of muddied colors––brown, grey, and dark purple.

But every time Scarlett walked into the editing room, she never gave any indication of muddied paint seeping from one area of her life to another. We’d worked together on the photo team for almost four years, and I kept expecting her to show some evidence of things in her life blending together in some way.

Our first assignment was to cover a protest rally in Union Square. I don’t even remember what it was for. I just remember her driving up in front of the office on Sixth Avenue and yelling at me to get in the car. I’d never met her before, but I ran up to the car and slid into the passenger seat.

“Matt Joiner, good to meet you,” I said, cradling my camera gear and extending my hand to greet her.

Suddenly, a terrifying crunch of metal and plastic and car parts erupted across the street, as two vehicles collided into a third. I nearly jumped into her lap in shock, and we both turned to see several cars intertwined in furious wreckage.

“Scarlett. Good to meet you, too,” She said, extending her hand and pulling into the street as though the car accident had never even occurred.

That was just the start of it. We shot almost every assignment together after that. For all of the Nazi-like segmentation in her life, we always somehow ended up on the same story, the same assignment, blending together like muddy paint on an old palette. I’d spill my desegregated social life, work life, and family life into our discussions, and she’d keep hers tightly contained. Until today.

I looked up from the screen of photos, up at the ceiling of the dark editing room. I stood and stretched, rubbing my eyes from the monotonous blur of photo editing. She’d been at her desk, beside me, editing for the past five hours. Finally, she looked up.

“Is your dad still alive?” she asked. I almost answered instantly, but then realized that Scarlett, of all people, had just willingly asked me about my family while at work.

“My dad died this morning,” she said, bluntly and without weight.

I let her words float to the center of the room, and dissipate slowly. Not intentionally, but from a complete lack of comprehension of what to do next.

I tried to say something, but no words volunteered to fill the silence. Slowly, she stood, stepped to me, and wrapped her arms around me. I felt tears drip from her face onto my shoulder, like gallons of mixed paint, blending into a dull, muddy grey.

I never thought that swimming pools and tennis courts and gardens would blend with the twisted, barbed wire fences of Scarlett’s segmented lives, but slowly, as her soft, guarded sobs filled the edit room, they did.