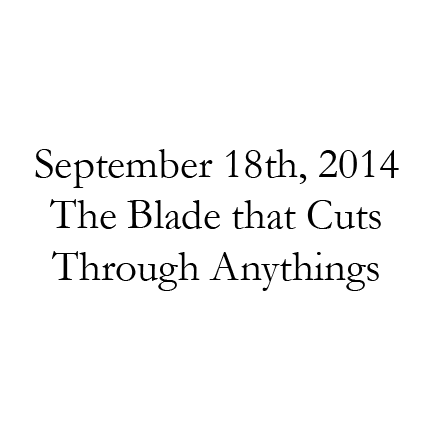 There are only two moments in a relationship that can pierce your memory so brilliantly: the moment when you first meet, and the moment when you part ways. From the moment it begins, it diverges outward from a single, violent point, forming a precise blade that slices through however many years of memories you create together from that point on. But the time I met her was hardly anything like that.

I biked down Hillsborough St, a little lost because Josh had given me bad directions, and a little frustrated, because I was late. Hillsborough always felt like it was uphill both ways. Josh invited me, even though he knew I didn’t like parties.

“You should come,” he’d said. “You need to get out more often, anyway”

That was probably true. But that was not the reason I decided to accept his invitation. To be honest, I’m not sure why I did. If I had to guess, I’d say it was equal parts insecurity, curiosity, and boredom.

I’d almost decided not to go. The sky darkened prematurely, edging closer to pouring out a shower of inconsistent raindrops from the night sky. But Josh’s friends were usually interesting, and I still haven’t found a good way to escape the fear of missing out. I hopped onto my bike, and raced to get there before the bruised sky started showering down on me.

After I biked the uphill-both-ways slope of Hillsborough Street, I entered a sketchy neighborhood in Chamberlain Heights: Old houses that would be nice if they weren’t so dilapidated. I looked down the street, for any sign of a house that appeared to be hosting a party. The sky grew darker, and rain spots appeared on the faded street. I circled my bike to turn around and heard a yell.

A girl stood outside, on the rickety fire escape of an aged brick monstrosity of an apartment. She was close to my age, with short hair. Her eyes hid behind a pair of thin glasses, the kind that make girls look cute and clever, like they have a secret they’re hiding. She wore a carefully curated selection of thrift shop clothing. She looked like the kind of girl who might know Josh.

I circled the bike and stopped, walking toward her, pretending to ignore the emerging rain.

“Are you Josh’s friend?”

There are only two moments in any relationship that can pierce your memory so brilliantly: the moment when you first meet, and the moment when you part ways. The beginning forms a blade, slicing through the years of memories that you might create together from that point onward. You have no control over this one moment, because by the time you start to realize that it might be something special, it’s already happened.

I smiled, and went inside.