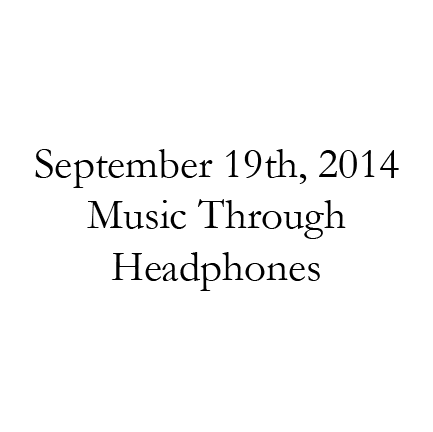 Michael walked to school the same way that he walked to school every day. Headphones in his ears. Eyes lowered. Quick pace. He didn’t like doing this. He wished he could be one of the kids who hit home runs, or one of the kids that could kick a soccer ball right into the corner of the goal, or even a kid who excelled at math or geography and always had the right answer.

He wished he could be one of those kids, but not because he liked math, or geography, or even soccer or baseball. He liked quiet things. He liked drawing, and painting, and bugs. But crowds of people did not form to watch someone draw. There were no National Painting Leagues with stadiums and team colors. No schools offered scholarships to students based on their knowledge of insects. These were quiet things––the kinds of things that Michael liked.

He didn’t like football games, or concerts, or dance parties. He didn’t even like music, most of the time. He walked to school with headphones in his ears, listening to silence.

He had a couple of friends. One guy who liked bugs, one girl who liked painting. Michael hung out after school sometimes and talked to his friend about bugs they’d seen recently. Sometimes, he’d see his other friend between classes, and they’d talk about paintings they were working on.

But nobody else understood Michael. He was weird. He was that kid that likes bugs and paint and notebooks. He didn’t care about playing football, or baseball, or getting good grades. His grades were in the low range for students in his grade. His teachers had asked him dozens of times why he got bad grades. He didn’t answer them, usually, but he knew why.

He wanted to curse at them using every curse word he knew. The F word, the S word, the D word, the H word, the A word. Maybe even the C word. He already knew exactly what he would say.

But he didn’t go home. Instead, he sat in class, and didn’t learn anything, because his mind was busy thinking about cursing and throwing rocks. Then, at the end of the day, he went home.

The next morning, he put his headphones back on, and went back to school. Eyes lowered, walking as fast as he could.