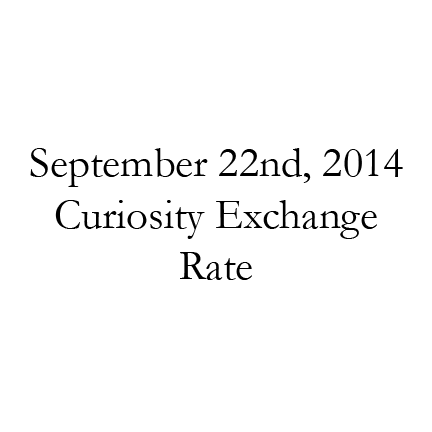 Watching sunsets like this one, he made the terrible mistake of thinking that the universe was happy to see him, only to find that the more he learned about it, the less curious he became. When he considered it, he wasn’t sure if he ever actually had been curious.

The humid Florida evening was thick and quiet as he walked across the parking lot and entered the lab. Such an unassuming building—no one would conclude that this was the location of pressing scientific discoveries. Inside the grey shell of the structure, the latest technology and renovated workspaces graced the lab booths. And yet, these tools had lost their shine for him. When he started, his raw curiosity, and what he found with it, was more vibrant than any sunset or evening sky. He had traded his shiny, new lab equipment for the warm buzz of summer evenings so many times that he began to lose track of the currency exchange. His mind hardly accepted nature anymore—sunlight hardly meant anything more than darkness, and slowly, but unsurprisingly, the hum of laboratory solitude became his official currency.

He walked through the dull grey hallways of the lab building for, he guessed, close to the five thousandth time. The bleakness of the facility encased him in monotony, like concrete wrapping around his fingers.

He barely remembered a time when he genuinely believed in something called ‘awe’, let alone felt it. It was something people talked about, sometimes; he knew that much. He’d even heard that his research sometimes ignited that feeling in other people. Awe, Wonder, Curiosity. They were all terms used to describe fuzzy, abstract feelings. Not measurable, solid data. And that’s what he was in the business of.

He’d tried to reach that mindset, in the hope that this magical feeling called Curiosity or Awe would grace him. He watched the sun set over the bay. He found an old friend and met her for dinner. He went for a hike at Ocala National Forest, but none of those things made him feel anything other than stupid.

He sat down at his desk, checking the final results for the last step of his research. His heart jumped a little when he saw them.

That tiny sliver of a feeling reminded him of Awe and Curiosity. He tried to think back to the last time he had felt either one.

It was a long time ago. Before he’d started publishing his work, before the research grants, before this grey labyrinth of a research facility. Back when he was ignorant. And yet, something raw and innocent pushed him and pulled him, molding him like wet Florida clay.

He stood up from his desk. Normally, he would breath a sigh of relief, and start to clean up the wreckage of the months leading to the final phase of his research. But instead, he hesitated.

The more he learned, the less curiosity grew in his mind. His hands reached out, artificially and robotically, for the conclusive research results. There was no doubt that he could get it published, use it to get exposure and funding, and all of those other things that—

He snatched his findings, violently, and let the papers and the computer slam to the ground.

Every discovery made him more and more aware of the world, but unable to see it. His curiosity faded. But not anymore.

He crushed his laptop on the floor of the laboratory, and tore the papers to shreds. His research bled a mix of blood, and ink, and wonder.

And he started again.