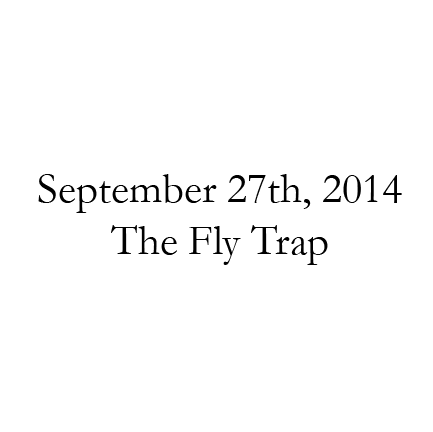 Whenever fruit flies start to gather and swarm in our kitchen, I always blame them on Jim, my husband. It doesn’t really make any sense, but it makes sense when I’m angry, when they’re buzzing all around, and it makes me feel better. I’m usually able to find something that he left out — a piece of fruit, an old plate of leftovers, something that spoiled in the back of the pantry. That makes it much easier to blame him.

But that doesn’t help our fruit fly problem. It sounds like it shouldn’t be a big issue, but we get them almost every week now. That’s what I told him yesterday, and it sort of set him off. He started listing off all the problems that he solves at work, now that he’s important. Some network problem. Some communication problem. Some strategic process problem. I tried to tell him that I don’t care about any of those problems, really, and that I just want the fruit flies gone. Of course, I didn’t say it like that, but that’s what I wanted to say. He worked so hard to get this job. We moved halfway across the country to be here, and I still didn’t know what we were going to do now that he got it. But he got it, so here we are.

So he stood up, right in the middle of dinner, grabbed a glass and made one of those little fruit fly traps. He twisted paper into a funnel, with the end just big enough for a fly to fit through, then asked me where the vinegar was.

“Well, how the hell am I supposed to make a fly trap without vinegar? Do we have any honey? I just need something to get the flies to — ”

He looked in the pantry and grabbed the honey, squeezed a large glob of it into the glass, and taped the funnel onto it.

“There. Problem solved,” he said.

He didn’t sit back down. He just took his plate and dumped the food out, and started cleaning the dishes.

When I woke the next morning, the jar had already attracted a small swarm of flies. They jittered and shook against the thin glass. Some of them were stuck in the honey, but most of them teemed to the top.

I wanted to tell Jim that he should have used vinegar instead of honey, because vinegar actually kills the flies — honey just attracts them. When we both got home from work, we just ended up with a jar of flies. He didn’t say or do anything about them, and we hardly talked at dinner. The next day was the same, and the next day, too, until we just had a swarm of gesticulating flies contained in a glass in our pantry. I asked him what we were going to do with it and he just said: “I don’t know.” I hate it when he does that.

“Catch fruit flies in a jar. That’s great. But then what the hell do you do with them, huh? Now that you have them, what do you do with them? You don’t know. Great. What’s the point of catching them if you can’t do anything with them after you’ve caught them? Well, at least we’ve got our solution. Let’s go buy some more glasses, because we’ll probably run out eventually — ”

He grabbed the dirty fucking jar of grey, fruit-fly-infested honey and slammed it on the ground — and it shattered. The speckled yellowing slime oozed onto the floor, and the cloud of fruit flies scattered to freedom. We watched as the flies filled the room and hovered around our dinner.

I opened my mouth to say something, but he didn’t wait for me. I hate it when he does that, too.

“Yeah, okay? I quit. I know what you’re going to say! We got all the way here, and now what? I know. I didn’t do anything with it, I just moved us all the way fucking out here, and neither of us know what to do.”

He didn’t say anything else. He just sort of looked at the oozing honey on the ground, then moved as if like he was going to try and clean it up, but instead he just grabbed the car keys and left.

I scrubbed the fly-infested honey off of the floor, and swatted at the flies in the air, but the thing about fruit flies is that they’re always there.

Jim came back late, close to 2 am. I didn’t go to sleep. I don’t know why, but I wanted to stay awake until he got home. He didn’t say anything to me. He just stepped inside, quietly and humbly, as if to say he was sorry. I heard him walk into the kitchen, put the keys down, and put something on the kitchen counter. I think he wanted me to look up, or to say something, or to meet him in the kitchen, but I stayed where I was, my eyes glued to the TV screen, even though I can’t remember what the fuck I watched. Finally, I stood and turned the TV off.

On the counter in the kitchen sat a bottle of vinegar.