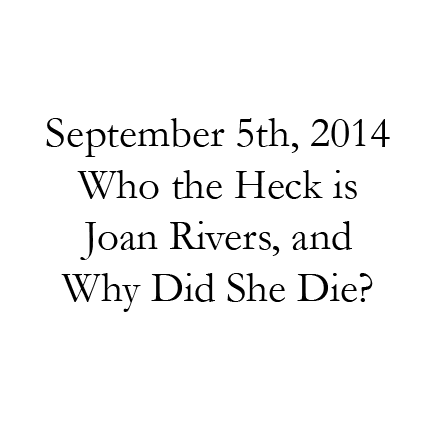 My thoughts dwindle and wander toward death––not for any reason in particular, I guess I’m just a pessimist. “You’re so dark!” my mother might say, and I’m not sure I could argue with her.

I think I know the reason, though, for why my thoughts bend toward the arcane mystery waiting for us at the end of existence. It’s silly, really, but our society likes making a big fuss over it: reporting about a celebrity’s death at the humble age of ninety-three, like nobody was expecting it.

But like I said, I think I know the reason why my thoughts are sliding toward existential concerns: Leah was admitted to the hospital today. I don’t even know why. I haven’t talked with her in quite a while (on Monday it’ll be six months), but today when I logged onto Facebook, I saw her friends (presumably those that actually had spoken with her in the last six months) sending her all sorts of “get well’ messages. Each message gave me a little bit more concern, and built up a mental itch, like a curious imp trapped inside my head, constantly asking me: “Is she going to be alright?”

“Of course she’s going to be alright!” I answered the imp. “Why wouldn’t she be?”

“Well, last time you talked to her, didn’t she say something about dropping out of school because of health reasons?”

“She did,” I said. “But she started school again this semester.”

“Whatever you say,” The imp shrugged.

But that was all it took. Unrealistic and wholly exaggerated images of Leah in a hospital bed started to swarm my mind.

I went to her Facebook page once more, and read another message from a friend who most definitely had talked with her in the last six months:

“Get well soon, Leah! You’re a fighter and we believe in you! We’re pretty close to Mount Sinai Hospital, so we’ll try to visit you soon!”

Mount Sinai Hospital: the same hospital that Joan Rivers was admitted to before she died at the humble age of eighty-one. I didn’t even know who Joan Rivers was, but for a day or two, she was the only headline on the news.

Hospitals give me the creeps. Even though my dad works in one, and I was born in one, and my parents met in one, it makes me nervous to think of all of the people who have died inside the walls of a single building.

But that’s not going to happen. No, of course not. Leah is young, and full of life, and eager and bright and cheerful. And of course, those are all things that exclude one from the possibility of dying. Isn’t that right?

Somehow, I find myself on a bus to New York City, because being young and full of life, and eager, and bright and cheerful doesn’t exclude anyone from the possibility of dying. It just makes it a little harsher when it actually arrives.

I arrive at Mount Sinai Hospital in New York City, but it’s locked down with high security because of Joan Rivers. I explain to one of the hospital attendants that I need to see my friend Leah before something happens to her. After checking my ID several dozen times, a stocky security guard escorts me to a room on the seventh floor.

Leah’s mother answers the door, and tells me that Leah is in an operation and will sleep for several hours once the surgery is complete. I tell her that I just wanted to visit and to wish her well. I don’t tell her that I haven’t talked with her in six months, or that I missed her, or that I was afraid I wouldn’t get another chance to talk to her. I just smile, and nod, and give her one of those corny “Get Well Soon!” cards from Duane Reed.

I get back onto the bus, and think of what Leah might say when her mother gives her my card. I can imagine her mother saying:

“Oh, yes. A nice boy came by and left this card for you.”

Leah would probably smile, still a little loopy from surgery, and wonder why that nice boy was so afraid and so puzzled by death.