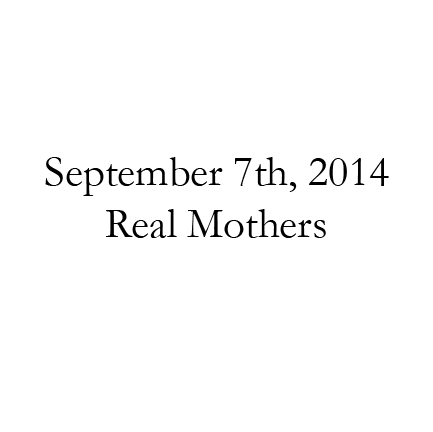 I’m starting to do an unusual number of things that I just don’t know how to do. Life slid by a lot more easily when everything was like that, and I didn’t have a choice. I could either do something I’d never done before, or do absolutely nothing. But now that I’m not really new to the world any more, it seems that there’s this track that is pulling me back toward doing the same old things that I’ve always done, like a magnet. And the only way to break that magnetic pull is to say “Fuck it,” pretend I know what I’m doing, and remind myself that at some point, everyone does something they’ve never done before. The only problem with that is that I don’t swear. My adopted parents raised me that way. Using the F-word isn’t a big thing down here, or at least, it’s not a big thing with my adopted parents and all of the people they know. So there’s another thing that I just don’t know how to do, and I’m sure somewhere along the line, I’ll figure that one out, too.

I tried to swear, once, but it just seemed a little weird to me, so I put it off and assumed that I’d figure it out sometime in the future. That’s the problem, I guess: Putting those things off, and thinking that they’ll happen sometime in the future, when the future is just a succession of moments that are about to happen. If you wait just a second, they all become now.

There were only ever a few things that hung in my future, and never seemed to get closer, no matter how many moments became memories. I never thought I’d meet my real mother. That was one moment that I let stay pressed into the cement, in an abstract part of my mind that never grew closer with time. But my adopted mother thought it would be good for me to meet my real mother, and so after school one day, she asked me to sit at the kitchen table, sat down across from me, and asked me if I wanted to meet her. My real mother.

But my adopted mother told me that my real mother very much wanted to meet me. I don’t know why, but I told her, “okay,” and cemented the event somewhere in my abstract future, outside of my grasp.

One week later, my adopted mother picked me up from school, and took a left onto Lassiter Road, headed away from our house. I asked her where we were going.

“We’re going to meet your mother,” she said.

We rolled up to a part of town I’d never been to before, a part that was quiet and disorganized and old. We walked up to a small, crummy looking house painted gray, and knocked on the door.

A woman answered. She was tall. Taller than my adopted mom, and thinner. She wore tired wrinkles in the corners of her eyes, but tried to hide them with an over-enthusiastic smile. That was her: my real mother.

She invited us inside, talking with my adopted mother. They had met before. We said hello, and introduced ourselves, but I still wasn’t sure what I was doing, or if I was doing it right.

She offered us something to drink and asked us to sit down in her tiny, stained-carpet living room. They continued talking, my real mother and my adopted mother, like carnival mirrors of each other. Finally, their conversation wound to an end, and we said goodbye. I went ahead and told my mother that I hoped to see her again, but I still wasn’t sure if I was supposed to or not.

As we drove back down Lassiter, my adopted mother asked me what I thought.

“I don’t know what to think,” I said, honestly and unapologetically. “I hardly know the right way to do anything, and I just met my real mom for the first time in my life.”

She was silent for some time, as if the conversation had stopped at a red light. As soon as the light turned green, she spoke.

“Not many people know how to do things the right way,” she said. “I think that’s why she wanted to meet you.”

But I guess that’s the thing about comfort: The more comfort on your path, the less likely you are to break away from that magnetic pull of everything you’ve done before.

My mind wandered, and I lost my gaze out the window as we drove down Lassiter. My eyes started to trace the ups and downs of the power lines, all the way back home.