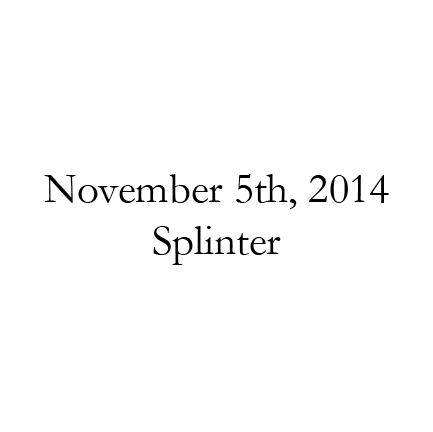 I used to look forward to walking down the street to that little bakery where you worked. It was close enough for me to walk there from my house, which made me feel like I lived in London or something, when really, I just lived in some small excuse for a town in South Carolina. Everything seemed honest and real and fresh. There was a warmth in your eyes that made every shred of insincerity melt away.

We had that kind of double-take meeting: we met for the first time, and then a couple of months later, we met again, the first time I visited the bakery, pretending like we didn’t remember each other. But we both knew who the other was. And it didn’t take long for us to know each other better.

“I knew we were going to get married.” Your words carved away at the soft silence. “I knew from the moment I met you.”

I almost lied and told you I did, too. That would’ve been beautiful, and not the truth.

“Can I tell you something?” I whispered back. You nodded.

“I was so afraid when I met you, because I thought you were with that other guy. Jonas, or Jonathan, or… what was his name?”

“Jared.” You answered immediately, no longer wrapped around me or whispering in my ear.

“Yeah. I guess that was his name.”

“Who told you that I was with Jared?”

“Nobody. I just… thought that you were.”

You paused for a moment, and then turned away.

Your warmth tried to reveal your hollow honesty, but you remained silent. Your warmth dissipated, not your insincerity.

I always had claimed that a little bit of non-truth was healthy, at times. Honesty, like anything else, begins to have negative effects when consumed in abundance. I held that to be true as long as I knew you, until that one moment.

Your silence struck me. It sticks under my skin like a splinter in the palm of my hand, and every time I hold your hand in mine, I feel it cut into me, deeper and deeper.